The Deputy Minister of Education, Sia Anagnostopoulou, received on 29 January to the Ministry the Ambassador of the Netherlands, Mr. Caspar Veldkamp.

The meeting took place in a cordial atmosphere and confirmed good relations between the two countries.

The Dutch Ambassador informed the Deputy Minister of Education that the priorities of the Dutch EU Presidency is the economic and refugee crisis.

For her part, the Deputy Minister of Education, thoroughly briefed Mr. Veldkamp on the problems of higher education in the midst of economic crisis.

Both sides agreed that we must find solutions to stop the exodus of young Greek scientists abroad and the underfunding in education.

Specifically the common conclusion during the discussion was  that the economic crisis combined with the refugee crisis creates an ideal framework for the rise of the extreme right in Europe and the undermining of European values.

The meeting ended with the assurance of continuing the good cooperation between the two countries. 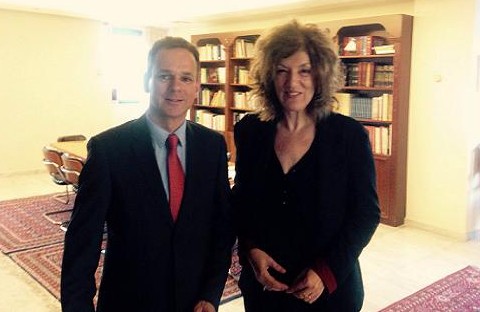 Ambassador of Russia in Greece, Andrey M. Maslov, met met with the Minister of Education, Research and Religious Affairs of Greece, Nikos Filis