In September, Pope Francis visited the United States, where he addressed the U.S. Congress. His address, while nuanced, hit on social justice themes. The Pope’s remarks were well received by left-of-center politicians who embrace progressive policies.

as published on Globe Asia

When the Pope left the U.S., he traveled to Latin America, where he spoke in his native Spanish and was more direct. While in Bolivia, Pope Francis had this to say: “Let us not be afraid to say it: we want change, real change, structural change,” the Pope said, decrying a system that “has imposed the mentality of profit at any price, with no concern for social exclusion or the destruction of nature.”

Pope Francis’ rhetoric inspired the anti-free market forces in Bolivia, and elsewhere. They believe that the goals of social justice and poverty reduction can best be achieved by collective efforts, not by free markets.

Interestingly, the recipient of the 2015 Nobel Prize in economics, Angus Deaton, answers that question. Indeed, Deaton’s 2013 book, The Great Escape: Health, Wealth, and the Origins of Inequality, opens with: “Life is better now than at almost any time in history.”

Deaton’s conclusion was echoed in an edifying essay, “The Age of Milton Friedman,” penned by Harvard economist Andrei Shleifer in 2009. In that essay, Shleifer observed that, from about 1980, the world had embraced the free markets that Nobelist Friedman had championed. Shleifer also indicated that living standards had risen sharply, poverty had declined dramatically, while life expectancy had increased. Shleifer asked whether the spread of free markets accounted for the improvements, and he answered with a resounding, “Yes.” With a series of charts, Shleifer let the data talk. In what follows, I do the same. 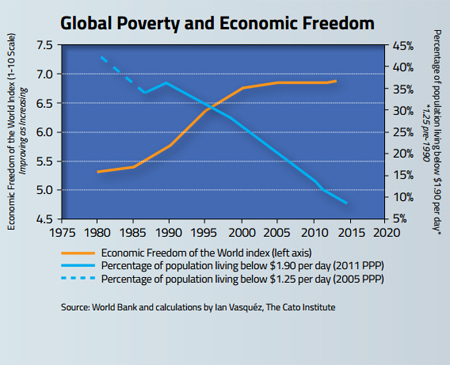 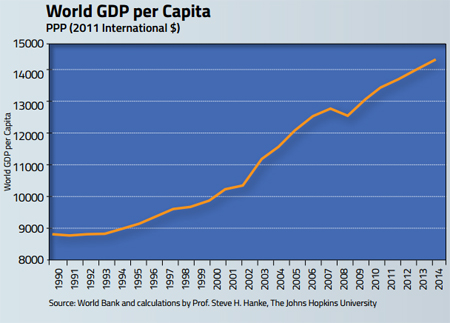 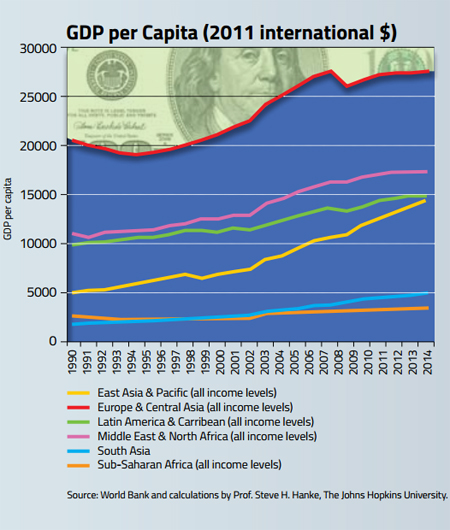 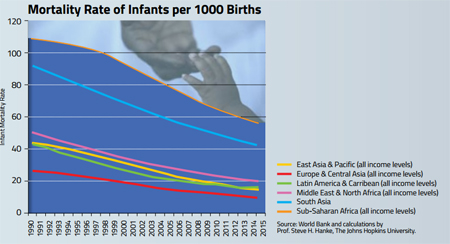 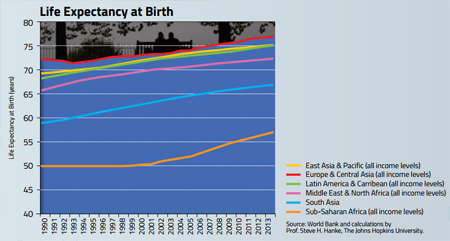 The best elixir to address the concerns of Pope Francis and other progressives is more free markets, not fewer. Just look at the pictures. As the saying goes, they are worth a thousand words.

* Steve Hanke is a professor of Applied Economics at The Johns Hopkins University in Baltimore and a Senior Fellow at the Cato Institute in Washington, D.C.

Donation of pharmaceutical products from Israel to the Greek Republic