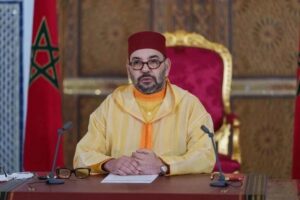 The Monarch stressed the need to shore up social stability to enhance the status of women and the family and boost the national economy, insisting on the full participation of Moroccan women in all sectors.
« Today, in Morocco, women cannot be deprived of their rights; we need to make sure the constitutional institutions concerned with the rights of the family and women are operational and to update the relevant mechanisms and regulations for the promotion of the status of women and the family ».
« The Family Law was a major step forward. However, it is no longer sufficient. Experience has shown there are many hurdles which stand in the way of completing this process and achieving its objectives », said the King, citing the inadequate enforcement of the Family Law for various sociological reasons as a category of employees and justice practitioners still believe the said law is strictly for women.

Regarding Morocco’s socioeconomic situation, the Monarch shed light on the impacts of the coronavirus on various socioeconomic sectors, saying many people, especially from vulnerable and poor segments of society, have been deeply affected socially and economically.
King Mohammed VI noted that Morocco was one of the first countries which managed to purchase the vaccine needed, providing it, free of charge, not just to its citizens, but also to foreign residents, despite the exceedingly high costs.
In the same circumstances, « we started implementing the major project aimed at achieving universal social protection coverage as well as the upgrading of our national health system », said the Monarch, recalling the projects launched with a view to achieving sovereignty in the health sector and making sure that Moroccans are safe and secure.
The Moroccan economy has proven to be resilient in the face of crises and fluctuations. However, the recovery phase has been short-lived due to the current global circumstances, said the King.
These external factors, coupled with a modest agricultural season, have caused the prices of some commodities to soar. This is an issue plaguing all countries around the world, added the Monarch, citing in this regard the national program launched to mitigate the effects of drought on farmers and rural populations. « I have also instructed the government to allocate substantial funds to subsidize some basic goods and ensure they are available on the market », said the King.

Concerning the relations with Algeria, the Moroccan sovereign reaffirms his willingness to re-establish ties with Algeria. « The borders separating the two brotherly Moroccan and Algerian peoples will never stand in the way of the interaction and understanding between the two peoples », he stated.
Besides, he urged the Moroccans to preserve the spirit of brotherhood, solidarity and good neighborliness towards the Algerian brothers.

The hidden side of Human Rights Watch (HRW)