Following the Universal Periodic Review (UPR) of Algeria held on 11 November 2022 before the Human Rights Council in Geneva, a round table was organized in Geneva on 14 November, by 15 accredited NGOs that formulated the following recommendations relating to Algeria’s UPR:

Remain seriously concerned about gross violations of human rights including the right to freedom of expression, peaceful assembly, right of association and freedom of the press. 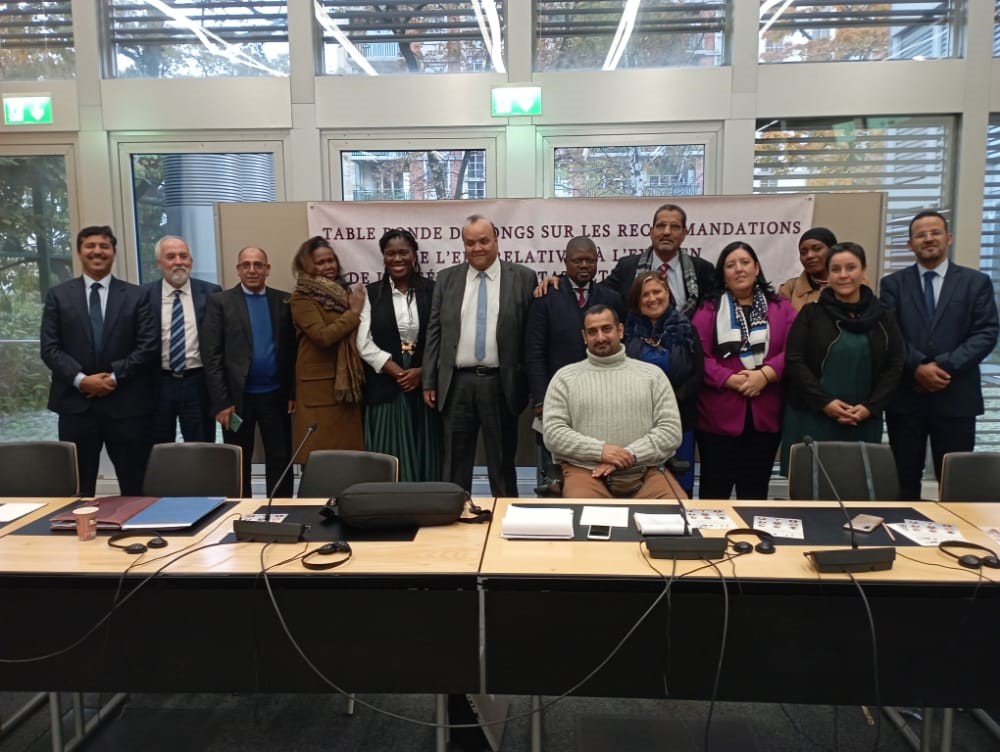 And welcome the recommendations made by the States during the UPR of Algeria, held on November 11, 2022 and which related to:

– Violations of freedom of opinion and expression and freedom of the media;

– The non-compliance of the Algerian Human Rights Council with the Principles from Paris;

– The repeal of the amendments to article 87 bis of the Algerian Penal Code which contain a broad definition of terrorism;

– The non-compliance of Algerian legislation with the conventions ratified international agreements;

– The recruitment of children in the Tindouf camps and the need to cooperate with the Special Representative of the UN Secretary General for the fate of children in armed conflict;

– The devolution of military, administrative and judicial powers to the polisario front.

Follow with concern the reprisals suffered by the 250 prisoners of conscience accused of terrorism;

Remain deeply outraged by the mass expulsion of more than 17,000 migrants sub-Saharan;

Note and place the responsibility of the Algerian army in the increase of serious human rights violations in the Tindouf camps.

Obama to announce expansion of young leaders program to US