A Polish court said on Tuesday it would rule on a U.S. request to extradite Roman Polanski over a 1977 child sex conviction at a sitting on October 30. 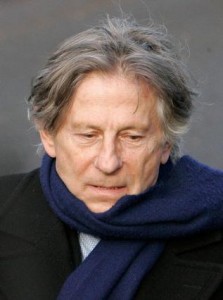 In 2009, Roman Polanski was arrested in Zurich on a U.S. warrant and placed  under house arrest. Photo by AP.

The United States requested Polanski’s extradition from Poland after he made a high-profile appearance in Warsaw in 2014.

The Oscar-winner pleaded guilty in 1977 to having sex with a 13-year-old girl during a photoshoot in Los Angeles. As a part of a plea bargain Polanski served 42 days in jail.

He fled the United States the following year, believing the judge hearing his case could overrule the deal and put him in jail for years.

In 2009, Polanski was arrested in Zurich on a U.S. warrant and placed under house arrest. He was freed in 2010 after Swiss authorities decided not to extradite him.

“It is the court’s intention to make a decision on Roman Polanski’s potential extradition at the next sitting,”

said Judge Dariusz Mazur at the district court in Krakow.

If the court rules in favour of the extradition, the case will be passed to the justice minister for a final decision.

Speaking to reporters after the hearing, Polanski said: “It was important for me to be in the court room today, and I’m pleased that all the documents filed by (my) lawyers have been taken into account.”

Chinese President on his visit to the US, makes a “House of Cards” joke!