At Mr. Xydakis’ working luncheon with Mr. Korčok, the discussion focused on the refugee crisis the European Union is being called upon to manage, as well as on Slovakia’s upcoming Presidency of the Council of the European Union.

Mr. Korčok noted that Europe went through difficulties handling the economic crisis, but managed. He briefed Mr. Xydakis on Slovakia’s preparations ahead of its first European presidency. Moreover, he showed strong interest in the management of the refugee crisis by Greece, as well as in the course of the Greek Economic Programme.

With regard to the implementation of the programme, Mr. Xydakis stressed that the quick and positive completion of the assessment that Greece is pursuing will provide the optimistic messages necessary for jumpstarting the Greek economy.

Mr. Xydakis then briefed his colleague on the intensive efforts Greece is making to manage a refugee crisis of historic dimensions, in collaboration with Frontex and the European institutions. He noted that the country is accelerating its efforts to complete the necessary facilities that will contribute to the smooth management of the refugee influxes. This is now being done with the participation of the Hellenic Armed Forces. He highlighted, however, that, beyond technical issues, the refugee crisis must be dealt with through a common European policy.

“We remember with pleasure Slovakia’s signing of its treaty of accession with the European Union, which took place during a Hellenic Presidency, in Athens, at the Stoa of Attalos,” Mr. Xydakis noted, adding that “we need to defend the European Union – otherwise we will return to the dark period between the two World Wars; a period of fragmentation and national conflicts. And that is why we do not believe in the policy of building fences.”

Mr. Xydakis also briefed his counterpart on the Greek-Turkish readmission protocol, which obligates Turkey to respond to Greece’s requests for the return of irregular migrants within a maximum of seven days if the protocol is to have a practical effect. At the same time, he stressed that Turkey can play a substantial role in reducing refugee flows, noting, however, that implementation of the joint action plan agreed upon by Turkey and the EU has not begun.

Mr. Korčok  noted, in turn, the close ties between the two peoples and the hope that there will be further close cooperation in the future. Mr. Xydakis took this occasion to invite Mr. Korčok to visit Greece, and the Slovak Deputy Minister accepted the invitation with pleasure.

During the discussion, which took place in a warm atmosphere, Mr. Lajčák asked Mr. Xydakis to brief him on the issues concerning Greece’s management of the refugee crisis and the guarding of Greece’s borders. Mr. Xydakis reiterated that Greece is guarding its maritime borders with the help of Frontex, but that it cannot resort to violent pushbacks, which in any case is contrary to the rules of international law.

Mr. Xydakis highlighted that the European Union was absent for five years – for as long as the Syrian crisis was going on – and that the time has come for immediate peace-making initiatives. The Slovakian Foreign Minister offered to assist by undertaking the construction of a hotspot or in any other way Greece would accept. Mr. Xydakis thanked Mr. Lajčák for this initiative.

Mr. Xydakis will complete his tour on Wednesday, in Budapest, where he will meet with Hungary’s Interior Minister, Sándor Pintér; Deputy Minister of State for European Affairs, Takács Szabolcs Ferenc; and Deputy Foreign Minister for security and international cooperation affairs, Dr. István Mikola. 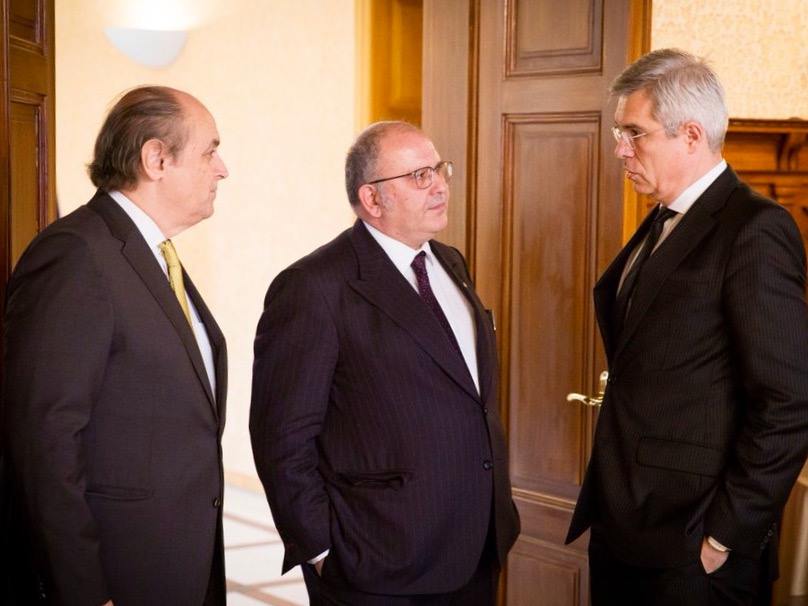 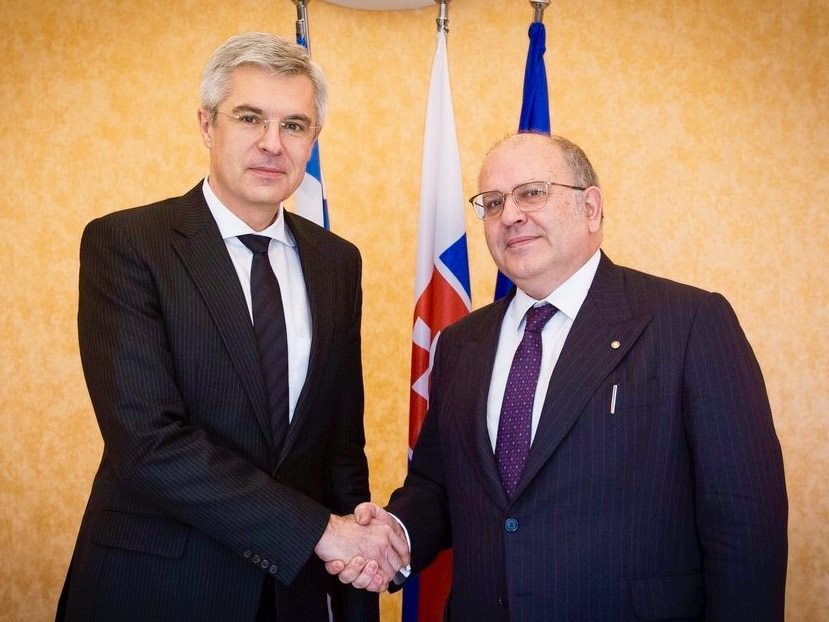 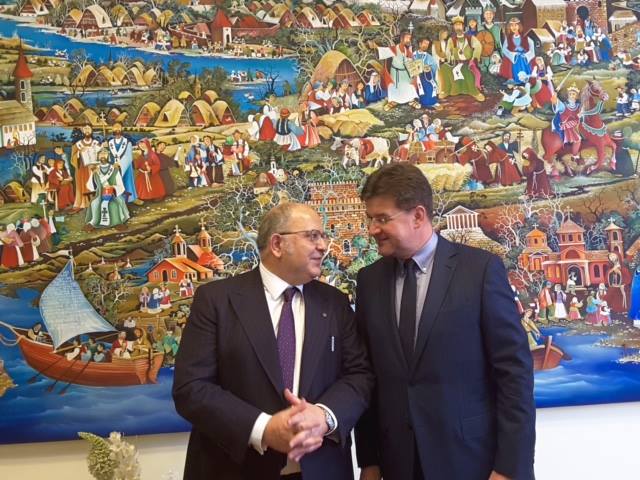 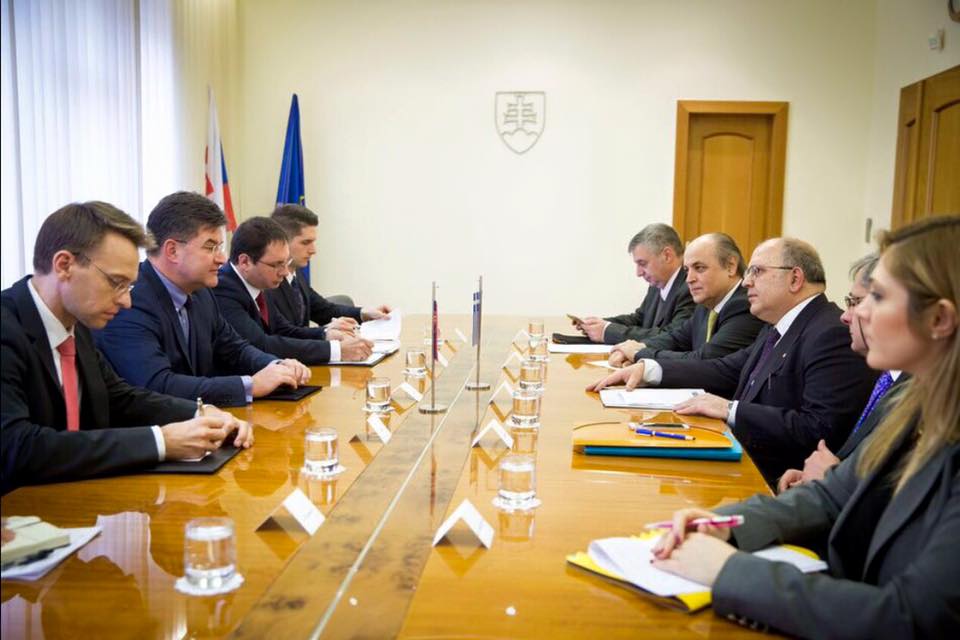 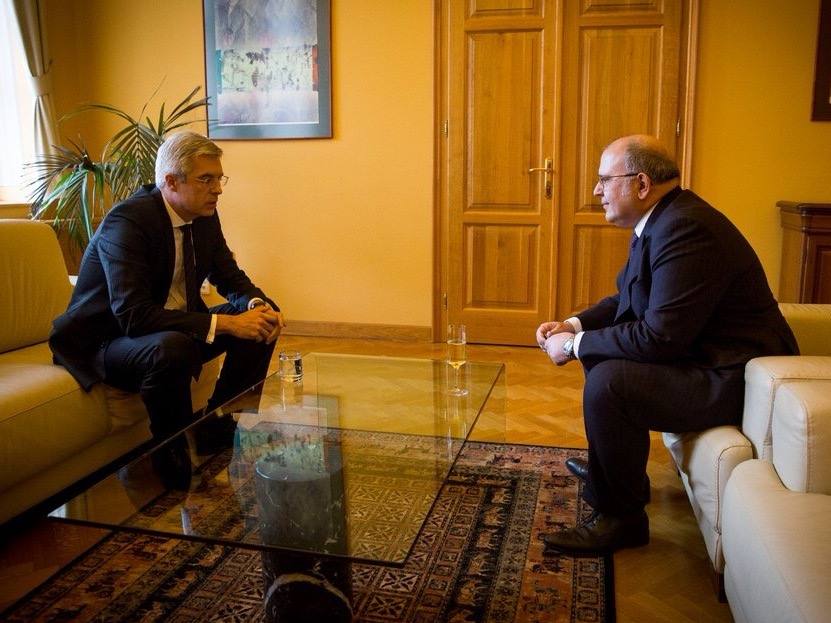 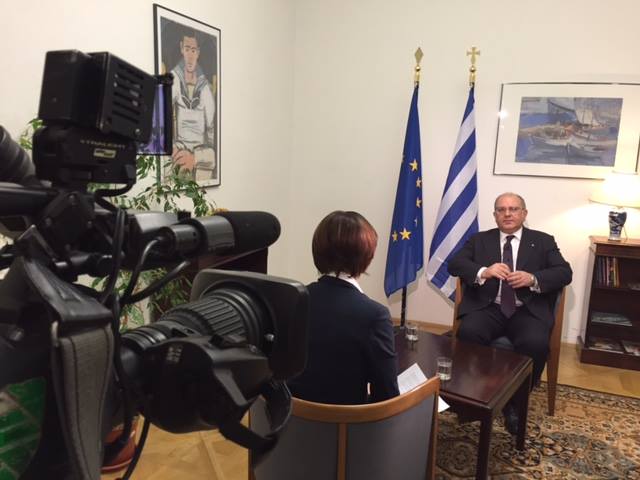