The Museum of Greek Children’s Art hosted a workshop for teachers were they discussed and used the ‪Xenophobil‬ in the work against racism.

This exhibition is part of a project funded by the EEA and Norway Grants. It aims to raise awareness and to develop critical thinking on the issue of racism to museum visitors of all ages.

The Embassy of Norway always supports  events to combat xenophobia and racism in Greece. It is worth recalling the active participation of the Norwegian Embassy through EEA and Norway Grants to Xenophobil promotion.

The Institute “Young Leaders – Exelixis” and the Norwegian Embassy in Greece organized an event against xenophobia and racism entitled “Now the difference is sweeter …” on 6 June 2015 in Monastiraki Square in Athens.

The main objective of the campaign is to defend the right to diversity and the value of peaceful coexistence. This effort is sealed by the promotion of Xenophobil, a “drug” that relieves the symptoms of xenophobia and treats patients with a satirical recipe which makes everybody smile while reading the leaflet and tasting the sweet chewing gum.

In the first public campaign more than 25 volunteers from the Institute and the Norwegian embassy have participated and distributed 2500 packages!

The event was honored by the presence and with the active participation of the Ambassador of Norway, Mr. Sjur Larsen, since the Embassy of Norway in Greece standing main contributor to the Institute’s campaign against xenophobia and racism. 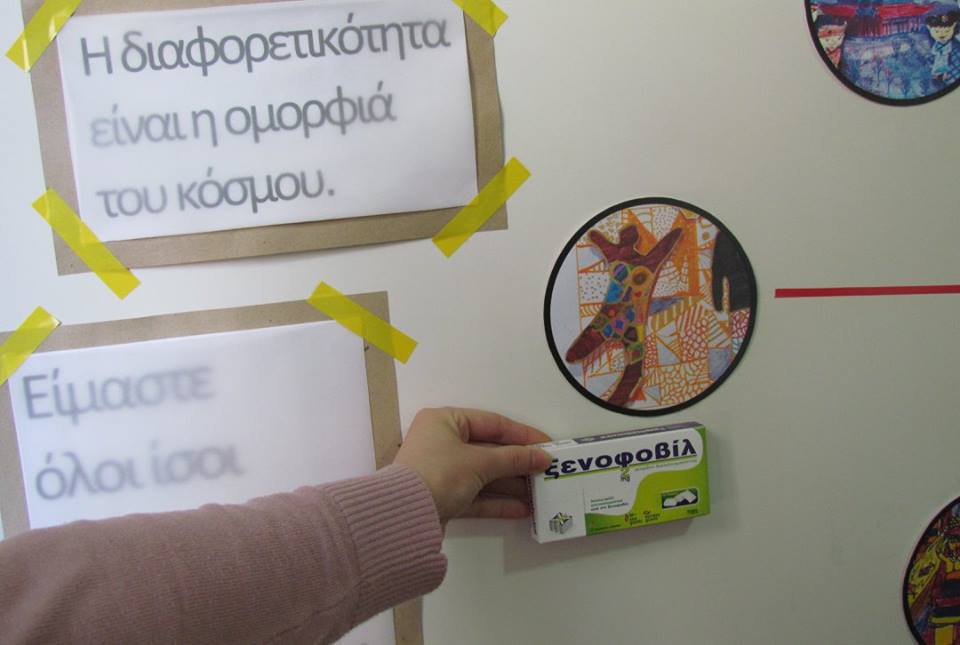 Projects in Greece funded by Norway through the EEA Grants

N. Xydakis: “Now is the time for the UN Secretary General to be in the Eastern Aegean”