2022 was the year democracy bounced back. But will the worst political system apart from all the others keep up its lead in the year ahead? 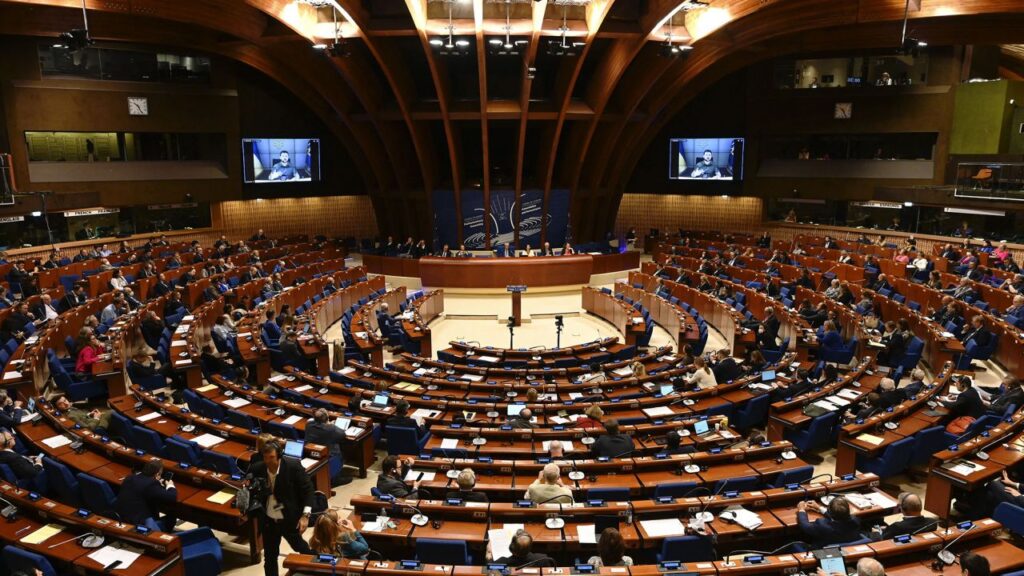 As democracies showed resilience, autocrats lost momentum in several countries last year. Soon after securing a norm-busting third term, Chinese leader Xi Jinping was embarrassed by nationwide outcry and forced to abandon a controversial “Zero Covid” policy. Iran’s clerical regime is still being rattled by a furious protest movement. And the pitfalls of surrounding yourself with yes men were exposed by Russian leader Vladimir Putin’s miscalculated “special operation” in Ukraine, which has raised the profile of Ukrainian President Volodymyr Zelensky as a champion for democracy and revived the West’s Cold War alliance.

Democracy’s enemies won’t rest. There’s no sign that the challenges facing Moscow, Tehran or Beijing could loosen their iron grasps on power. Even in the US, Trump is on the comeback trail and a Republican majority (dominated by members who voted not to certify President Joe Biden’s election in 2020) is poised to take over the US House of Representatives.

But those who thought they had democracy on the run in 2022 got a surprise. The simple magic of a voter marking their ballot in a polling booth or a protestor willing to put their life on the line for the right to do so remains as powerful as ever.

Meanwhile, here’s what will define the new year in American politics
Washington is bracing for a new era of divided government likely to bring governing showdowns, shutdowns, withering political investigations and the opening shots of the 2024 presidential race.

Here’s what we think will shape the year.

A House Republican majority, in which radical conservatives now have disproportionate influence, will try to throttle Biden’s presidency and ruin his reelection hopes. By driving McCarthy’s speakership bid to the brink, pro-Trump conservatives have already shown they will not be stopped. Governing could therefore be impossible and a likely standoff with the White House over raising the US borrowing limit later this year could turn into an economy-wrecking disaster.

Spare a thought for Attorney General Merrick Garland, whose decision on whether to charge Trump with a crime is one of the most fateful in modern politics. Trying the ex-President would tear open old political wounds and would further damage legal and governing institutions politicized by Trump. Yet a failure to prosecute could set a precedent that hands ex-presidents impunity and fractures the principle that everyone is equal before the law.

Like it or not, Trump has pitched America into the next presidential campaign. But his limp launch, bleating over his 2020 election loss and the poor track record of his hand-picked election-denying candidates in the midterms diminished his aura. Potential alternative Republican figureheads for populist, nationalist culture war politics, like Florida Gov. Ron DeSantis, are emerging. Biden meanwhile may give Americans a new piece of history – a reelection campaign from a president who is over 80. His strongest card is that he’s already beaten Trump once. But that might not help him against a younger challenger like DeSantis.

Russia’s invasion of Ukraine showed how global events can redefine an American presidency. But as the war grinds on, Biden’s capacity to stop it from spilling into a disastrous Russia-NATO clash will be constantly tested. He has his hands full: An encounter between a Chinese jet and US military jet over the South China Sea over the holiday hints at how tensions could boil over there. And nuclear crises are building with Iran and North Korea.

In 2022, 40-year-high inflation and tumbling stock markets coincided with historically low unemployment rates in an odd economic mix. The key question for 2023 will be whether the Federal Reserve’s harsh interest rate medicine – designed to bring down the cost of living – can bring about a soft landing without triggering a recession.