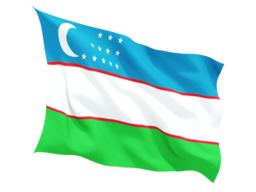 Greece has had diplomatic relations with Uzbekistan since 1992. The Greek Embassy in Moscow has parallel accreditation for Tashkent. There is an Uzbek General Consulate in Athens.

The two countries cooperate for mutual support of candidacies within the framework of international organizations.

The Greek language is being taught to about 100 pupils in schools in Uzbekistan, by local educators.
The Greek community is made up of Greeks from Russia who were displaced from Central Asia in the 1940s, as well as political refugees from Greece.
Competent Authority: Greek Embassy in Moscow, Russia.

Consulate of Uzbekistan in Greece