”On March 10, Assistant Secretary of State for European and Eurasian Affairs Victoria Nuland and Deputy Assistant Secretary for the Bureau of Population, Refugees, and Migration Nancy Jackson met with migrants, Greek government officials, and representatives from relief organizations in Greece and Macedonia.

At the Idomeni Migrant Transit Center on the Greek border, they met with migrants and officials from the United Nations High Commissioner for Refugees (UNCHR), the International Organization for Migration (IOM), Doctors Without Borders, and the Hellenic Police.

They also visited the Diavata Relocation Center, where they met with representatives from the Greek First Reception Service and the Ministry for Migration, and discussed conditions with migrant families.

After crossing the border at Evzoni, they visited a registration center in Gevgelija, Macedonia, where they met with officials from UNCHR, the International Committee of the Red Cross, NGO representatives, local police and military.

Assistant Secretary Nuland will be in Athens on March 11 for meetings with Greek government officials on the full range of bilateral and regional issues, including how the U.S. can be most responsive to Greece’s request for support in managing the migration challenge.”, mentions the US Embassy in Athens press release. 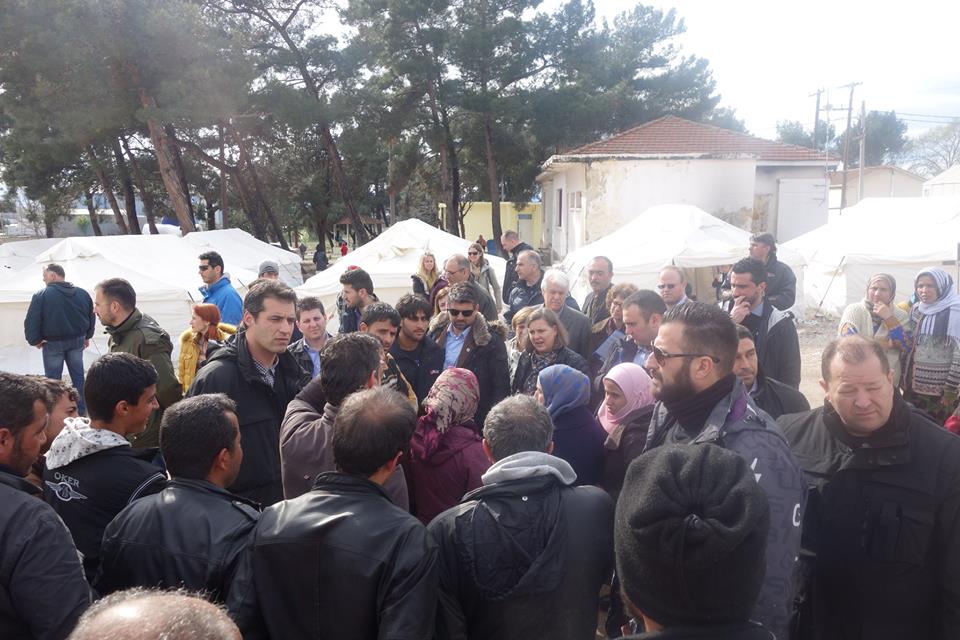