The EU member states are gradually and steadily fall into a trap of geopolitical nature that will eventually render any capacity for a strong voice in the Middle Eastern affairs ineffective, whilst it will also cause major economic, security and social problems. At the same time Turkey is increasing its leverage vis-a-vis Brussels by skillfully manipulating the immigration wave into Europe. 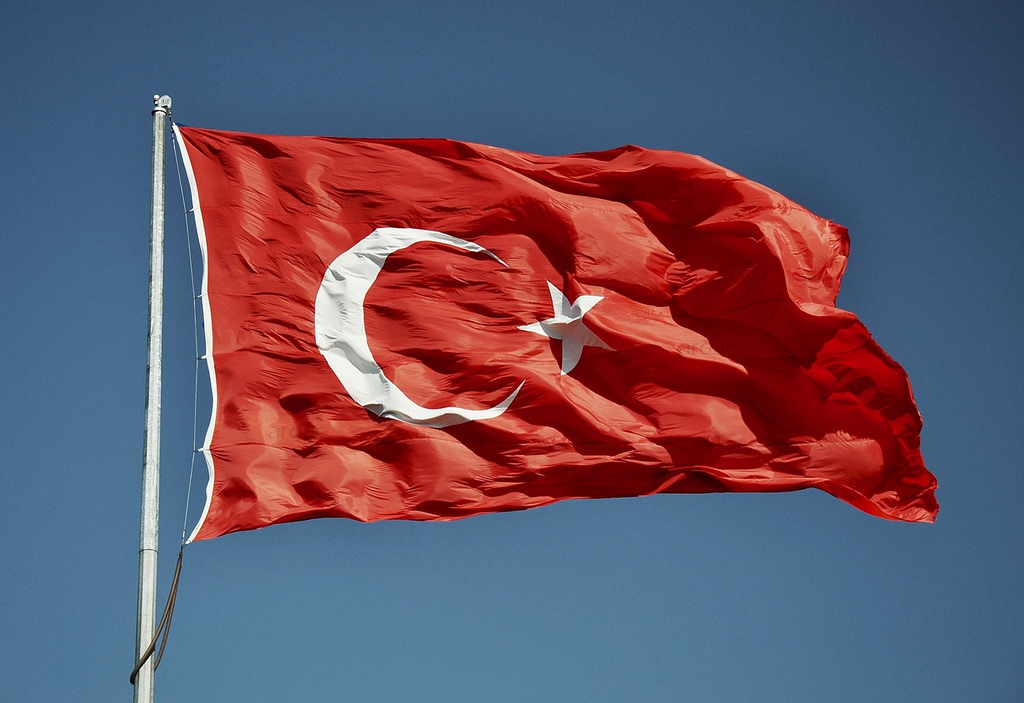 Turkey’s foreign policy achieved a visa-free regime for its citizens, as well as a generous 3 billion dollars funding, in order to tackle the refugee crisis. flickr photo by ardac http://flickr.com/photos/ardac/15075078213 shared under a Creative Commons (BY-NC) license

Appeasement could be the best word to describe of the momentum that is being developed between Europe and Turkey. Ankara views with a “smirk” and a sense of superiority the EU, trying to persuade for a containment of the immigration into the Continent. 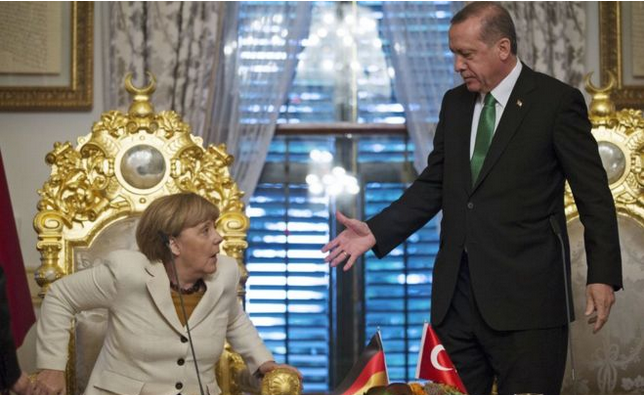 Germany on 18/10/2015 assured on future accession-something that neither the public, nor the vast majority of power makers in Europe, actually want-at the same time the Volkswagen scandal is dealing with a heavy blow in the core of the German industry. More importantly the main question is why is Germany appeasing Turkey especially after the recent terrorist attacks that have further highlighted that there needs to be a strong stance against anyone tolerating, dealing or even coordinating with ISIS-as Turkey does? Instead of Germany assuming a clear cut strategy it succumbs to appeasement that will further accelerate more demands in the near future by Turkey and perhaps other aligned forces with it.

The refugee wave is also causing major financial setback for Greece with an estimated 1.5% of GDP burden for the economy for 2015 and similar estimated amounts for 2016. The rather “cold relations” between SYRIZA incumbent government and Berlin further derail Greece’s economic prospects-which were never good in any case. In sort the refugee issues has indeed direct relation with the economic situation and may possibly become yet another problem regarding Athens and its creditors. Nevertheless Brussels still does not have any strategy how to deal with that as well.

Turkey on the other hand plays a risky game in order to achieve mostly political leverage. By keeping steadily a blind eye to the massive refugee wave, it blackmails in effect the EU to tolerate its policies regarding the “Kurdish question”, to keep silent on Ankara’s support to the Jihadist groups in Syria, and even to pull EU countries towards the main aim of Turkey which is a no-fly zone in Northern Syria in order to be able then to attack Kurdish YPG forces in the region. Furthermore accusations for autocratic rule of Erdogan and the AKP party are getting sidelined, while the expansion of Turkish organized crime into supporting mass illegal immigration via myriads of smuggling networks and ones providing fake documents is also suppressed. It is roughly estimated that Turkish organized crime and corrupted officials have pocketed more than 25 billion Dollars since 2008 by promoting massive unregulated immigration into the EU. 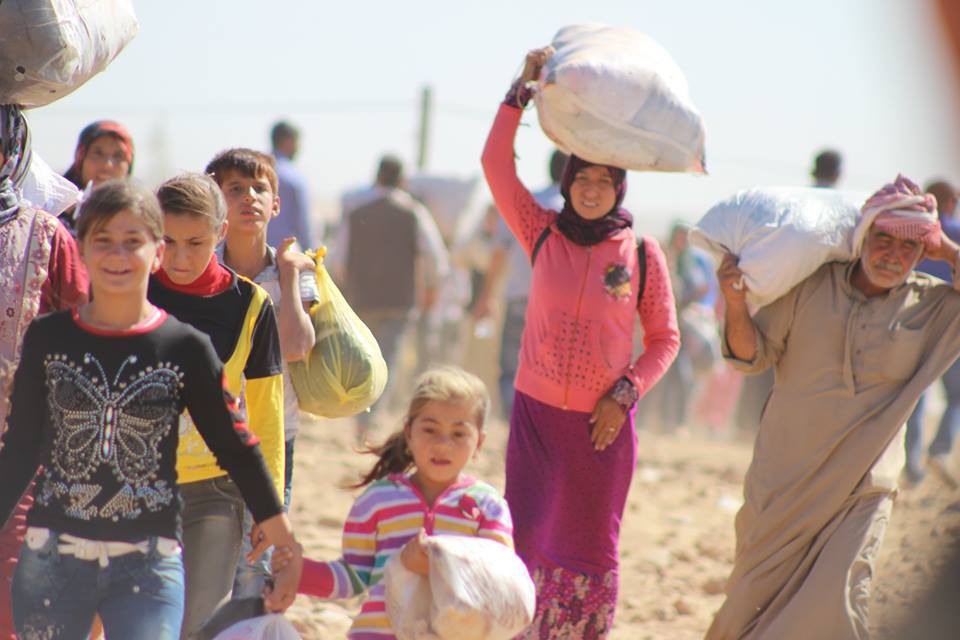 Thousands of Syrian and other nationalities refugees flowing daily from the turkish coasts to the nearby greek islands of Lesbos and Kos. flickr photo by EU Humanitarian Aid and Civil Protection http://flickr.com/photos/69583224@N05/15154683630 shared under a Creative Commons (BY-NC-ND) license

The grand ambitions of the so-called “Neo-Ottomanism” are becoming evident over the past few years in the Balkans, with EU hesitating to either interfere or raise its strong objections. The Turkish President went as far as to “demand” recently from the Albanian government to close down Fetullah Gullen’s schools in the country, while demands of urgent nature are being sent to all neighboring countries to open up mosques, restore Ottoman ruins, accept visa-free regime with Turkey and to tolerate the activities of the Muslim Brotherhood network. Regarding the latter its regional headquarters for Southeast Europe are in Istanbul under the full protection of the Turkish government, which has in its ranks many leading members of it.

Corruption is also another major issue that the EU has been unable to confront Turkey with. Since 2013 the international press and relevant authorities have from time to time leaked major cases of corruption with the higher echelons of the Turkish political class of AKP, most importantly linking those with contraband to the Jihadists in the Middle East and various machinations of obvious danger for the international security.

As the refugee and wave is increased, Europe witnesses’ masses coming from Pakistan, Somalia or North Africans-clearly not refugees, composed 95% of young men and with “radicalization” figures of around 20% of those, based on feedbacks by debriefings of NGO’s and transit countries authorities.

Europe and Germany in particular cannot accept naturally even more as total numbers of those groups and refugees are more than 1 million that have entered into the EU via Turkey with additional similar figures expected for 2016 without being able to calculate how many more in the following years. The breakdown of social systems, the increased budget costs-just for Germany estimated for 25 billion Euros for 2015-16, are major headaches. The security issues arising especially after the Paris attacks will further polarize European societies and make way for the emergence of radical indigenous parties, ruining social cohesion. Health and social security systems will also be heavily inflicted. 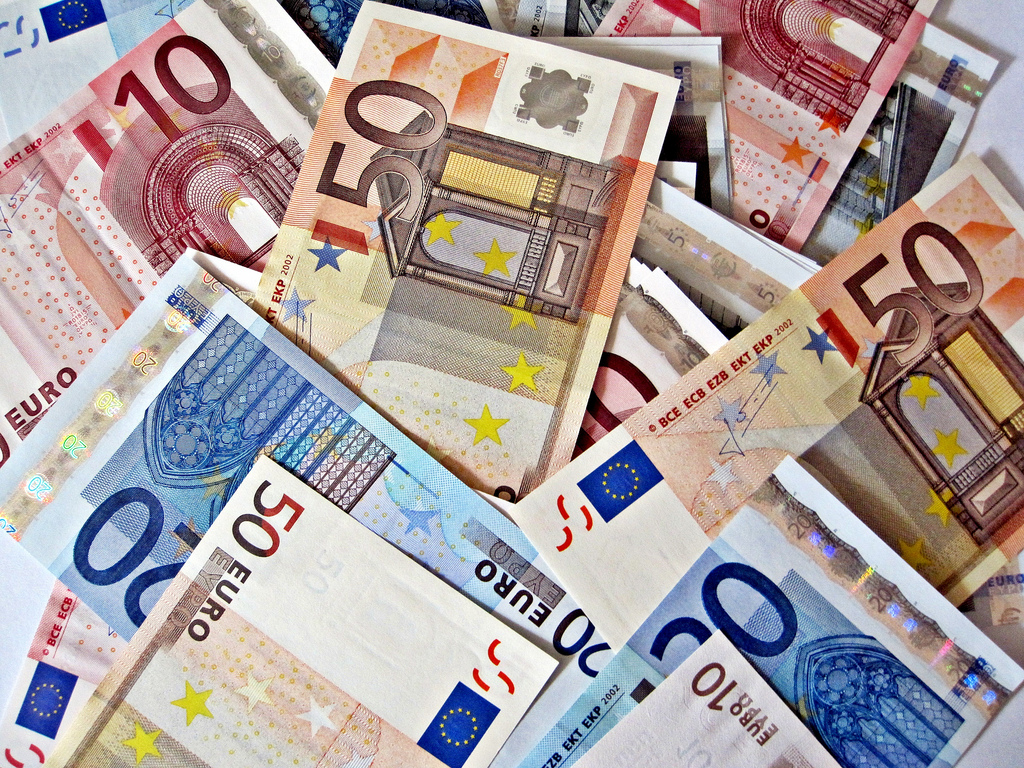 Premier Davutoglu stated that “3 billion Euros is a good start”, refering to the EU economic aid. flickr photo by Images_of_Money http://flickr.com/photos/59937401@N07/5856649637 shared under a Creative Commons (BY) license

Interestingly enough Turkey has already mentioned that it will not accept-even if it fully agrees with EU on repartitions- all immigrants back to its territory and has not provided any guarantees that it can or want to stop further influxes in the coming years. Money are been demanded, as eloquently Premier Davutoglu stated “3 billion Euros is a good start” and visa free regime that will eventually culminate in mass immigration under Ankara’s guidance of its “unwanted” Kurdish minorities into Europe.

EU is clearly following an appeasement policy towards Turkey and Brussels and national capitals as well, do not have any strategy at all. In fact they wait for any strategy to emerge on that issue from the American leadership who in effect has also lost control of the situation and is also bowing to Turkish demands if not colluding with them.

EU countries will experience certainly in the short and mid-term, at least, tremendous domestic security concerns, while immigration is set to increase and have a steady pace of a few thousand persons per day for the coming 24 months, which means a few more million, mostly unqualified workers demanding social benefits and with a high percentage or radicals within their ranks. Already not more than 50% of the incomers are truly Syrians and these figures will decrease as the majority of this nationality is actually enabled to evacuate the country.

A grim scenario coupled with economic stagnation already present for most EU countries and the rise of nationalistic, far-right or racist parties and groups. EU should get its act together and move decisively to confront issues within its near abroad, such as the one in Tukey, while strive to maintain stability in North Africa and the Middle East. It should also aim to be a center of gravity in its true sense between USA and Russia, with open and honest channels of cooperation and in sort stabilize the turbulent international environment.

There is no other alternative if Europe does not want to become by itself a destabilized Continent brining about the end of the European integration project that started in the aftermath of WW2. While the last few years the public agenda has been centered on the “end of the Eurozone”, what is really at stake nowadays is the effective end of the EU in the near future.