Islamic State militants have continued their destruction of ancient sites in the Syrian city of Palmyra.

Syria’s antiquities chief Maamoun Abdelkarim says three sandstone tower tombs built between 44 and 103 A.D. were blown up. Abdelkarim says the multistory towers were the “best preserved and most beautiful” structures at the site. The Temple of Bel and the Baal Shamin temple in the city were destroyed in August. The two structures were built in the first and second centuries A.D. Recent satellite imagery released by the United Nations Institute for Training and Research suggests that only two columns are left standing in the Temple of Bel. See the map below to perceive the current situation at the site. 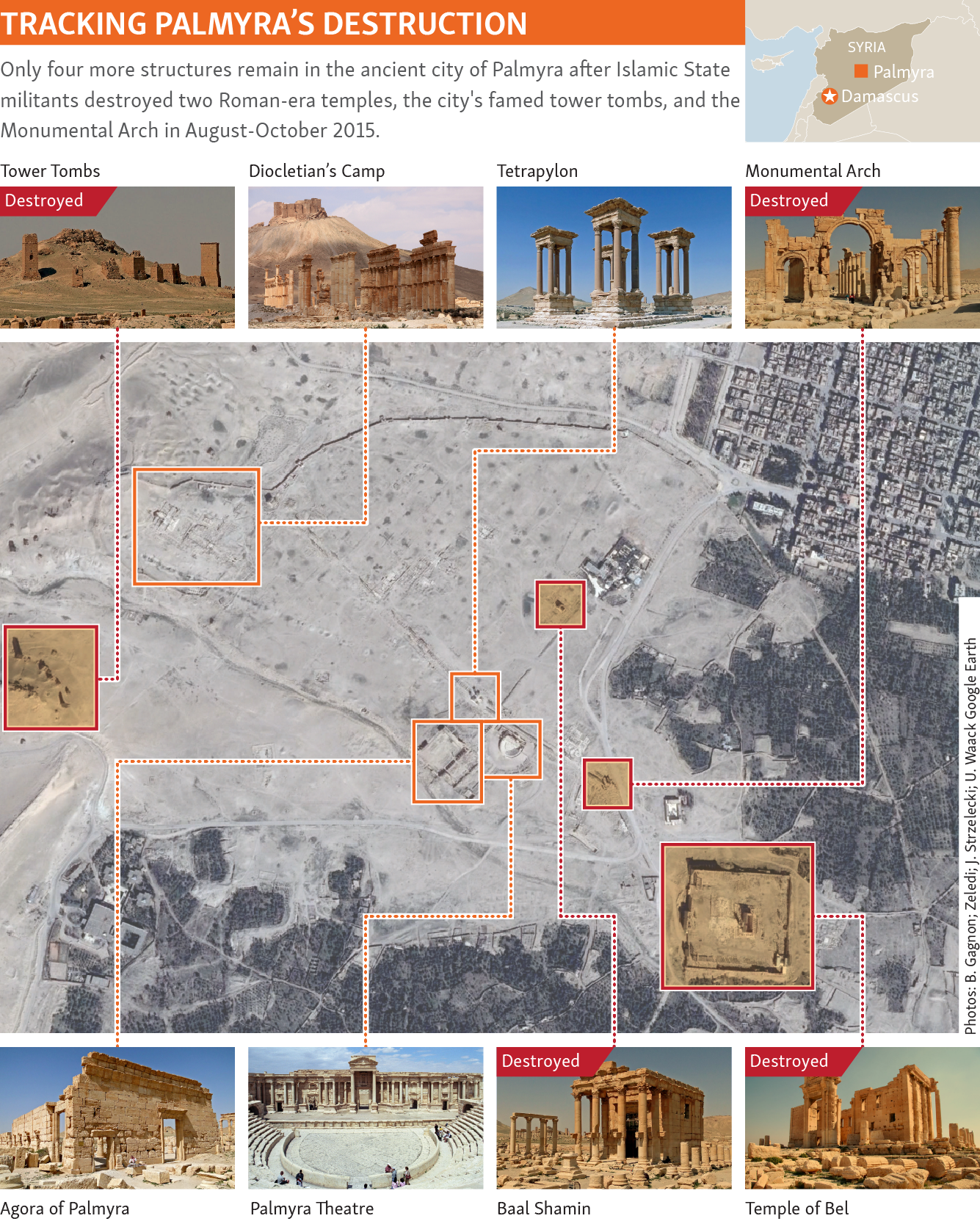 Tracking the destruction of Palmyra ancient city by ISIS

MFA Conference:”Religious and Cultural Pluralism and Peaceful Coexistence in the Middle East”