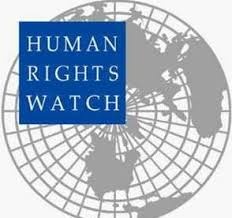 The action of non-governmental organizations is mostly oriented and targeted towards States and Governments, especially in Africa and Arab world, which do not adhere to international lobbying interests and business.

For instance, “Human Rights Watch” (HRW), the famous ONG which used to adopt, since its genesis, a course of action dictated by its “intact/angel” funders, with practices in contradiction with its publicly voiced convictions.

“Any non-profit organization that accepts voluntary contributions may be subject to the influence of its sponsors. HRW is no different from other nonprofits”, said Ivan ELAND of “The Independence Institute’s Center on Peace and Liberty”.

For the 2017-2018 fiscal year, HRW’s revenues were estimated at $92.1 million. HRW founder Robert BERNSTEIN, of which he was president in the midst of the Cold War from 78 to 88, an ardent American defender of political dissent and freedom of expression, before his demise on May 27, 2019 at the age of 96, he denounced in a published article in the “New York Times” his own organization, deemed it as a “morally bankrupt organization”.

This “moral bankruptcy” of the this organization, which describes itself as a “defender of the rights of people in the world”, was the subject in May, 2014 of an unprecedented open letter from two Nobel Peace Prize laureates (Mairead MAGUIRE and Adolfo Perez ESQUIVEL), and a hundred world-renowned academics, human rights activists and journalists, such as: the former vice-Secretary-General of the United Nations, Hans VON SPONECK, Chris HEDGES, writer of “War Is a Force That Gives Us Meaning”, chase MADAR, writer of “ The Passion of Chelsea Manning : The Story Behind The Wikileaks Whistelblower” , Norman SOLOMON, an American journalist and activist reputed for being anti-wars,  Oliver STONE, movie-director, and Keane BHATT, writer and activist.

HRW, mainly sponsored by questionable funds, not to mention its partiality denounced by human rights activists themselves, denounces at first level the presidential/power longevity in many States. Oddly enough, one can see that two of presidents of this “ONG” served over 20 years the head of the organization. Kenneth ROTH (27 years at the head of HRW), and its director for MENA region, Eric GOLDSTEIN (31 years president of HRW).

The dissemination of false information about human rights’ situation in African and Arab countries, like Morocco, Egypt, Rwanda, Eritrea… reinforces the murky image of an organization with manifest partiality whose choices are no longer guided by the protection of human rights.

The links with the economic world hierarchy and the way in which HRW has developed them, for their part, question the inevitable compromises of the organization whose operating model depends directly on these sources of financing, from multibillionaires businessmen via their multinational companies, which continue to grant a colossal budget to influence the global opinion. For example, the generous sponsor, George SOROS, granted in 2010 the modest sum of $ 100 million to HRW for the period from 2010 to 2020.

At length, one can deduce finally that HRW, depending on funders, with different agendas and ideologies, for its activities and publications, cannot really be deemed as a credible organization for defending human rights, rather it exploits the issue of human rights in world politics and economics.

Secrets of the Polisario Front: The story behind the thefts in the camps, where does the Algerian people’s money go?

King of Morocco focuses in his Throne Speech on Moroccan women empowerment, socioeconomic situation and relations with Algeria