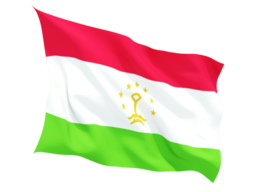 Greece has had diplomatic relations with Tadjikistan since 1992. The Greek Embassy in Moscow has parallel accreditation for Dushanbe.

Greece supports stability, security and good neighbourly relations in Central Asia and supports the fight against terrorism and illegal drug trafficking. Tajikistan is a notable example of a country that has achieved national reconciliation and stability following civil war.
Competent Authority: Greek Embassy in Moscow, Russia.