Sweden and Finland, whose accession to NATO has been blocked by Turkey for half a year, received a surprise from Hungary last week. Prime Minister Viktor Orban announced that the accession protocols will not be ratified in December, as promised, but only next year. 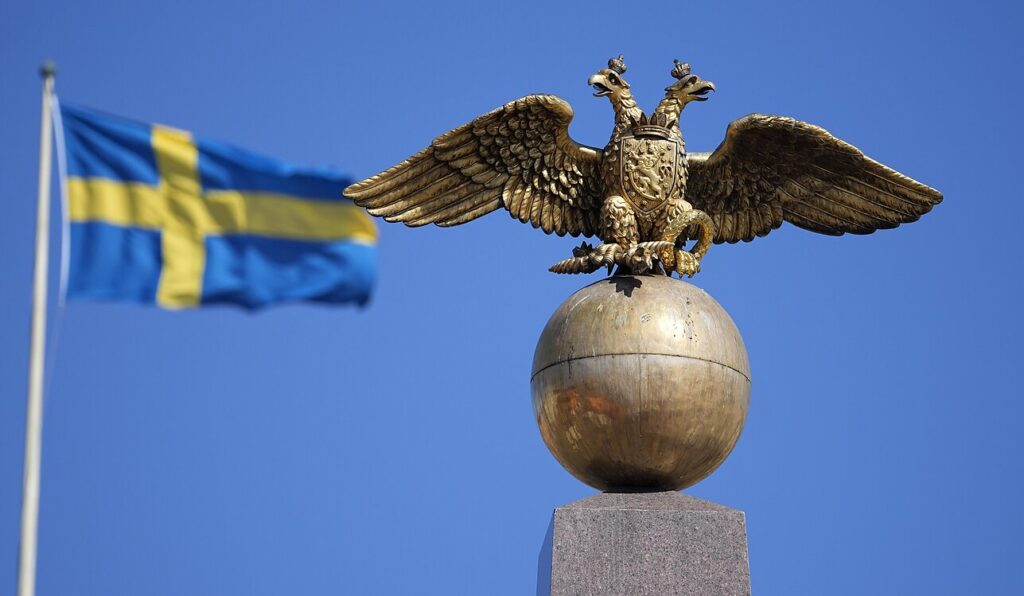 The announcement was made after the European Commission proposed to withhold Hungary’s share from recovery and cohesion funds. But Sweden’s Foreign Minister Tobias Billström says he expects Budapest to ratify the accession protocols because Stockholm has not made any promises to Hungary, unlike to Ankara.

Billström, a minister from Sweden’s recently installed right-wing government, has said in an interview with LRT TV that the country will probably refuse to host nuclear weapons if it became a NATO member. This is Stockholm’s long-standing position and it sticks to it.

Sweden, traditionally a non-aligned country that has been a pioneer and negotiator in global peace initiatives for decades, is now helping to arm Ukraine and saying that only the defeat of Russia will bring security to Europe.
Many things changed on the day in December almost a year ago when Russia delivered its ultimatum to Sweden and Finland and to other countries, saying that you are not allowed to make any kind of security arrangements which we do not approve of. That was, I think, for us a very clear signal that things were going to change,” Billström says in the interview.

“The final step to apply for NATO membership was caused by the realisation that things are changing in all parts of the region and we have to adapt accordingly.”

Your party was always more pro-NATO than some of the other parties in Sweden. Do you feel vindicated?

It’s not a question about vindication, it’s just a question of looking at this from a very practical point of view. Finally, everybody in this region, apart from Russia, will become NATO members. All the countries who share the coastline of the Baltic Sea will become NATO members. And that would be a huge advantage to increasing the security of all the people who reside in this part of the world. This is very good, and we’re certainly not going to run around feeling vindicated.

What is the timetable for Sweden’s membership in NATO? Do you see Turkey relenting before the Vilnius summit in July, or will we have to wait longer?
I think it would be wrong for me to go into any sort of speculations around a timetable at this point. One, the dialog between Sweden, Finland and Turkey is ongoing in relation to the trilateral memorandum that was signed during the summit in Madrid this summer. That memorandum is now being fulfilled, paragraph by paragraph. We are looking into this in close collaboration with our Turkish counterparts. And, I have to say, I see progress. […]

Sweden and Finland are not going to give any support to organisations that will threaten the security of Turkey. That paragraph is laid down and we will fulfil it. As for the discussion on extradition, I would like to point out that Sweden has signed on the European Convention of Extradition, as has Finland. […] And also important is that Sweden has an independent judiciary and an independent legal system that is being operated without any interference by the government. And this has been explained to our counterparts in Ankara, there is a dialog on this.

What about the delay in Hungary? Do you see it as significant, or is it simply that the Hungarian parliament has other business to attend to?

I would like to stress that there is no memorandum between Sweden, Finland and Hungary. There have been no demands put forward by Budapest towards Stockholm or Helsinki. And as long as that is the case, I don’t see any reason why the Hungarian Parliament should not ratify our accession.

We are right now in the accession process. I think that all these discussions are premature. The Swedish application was handed in unconditionally and it will be carried through unconditionally. Once we are members, we can discuss things, but we are not there yet.

So this is not a no?

This is a very clear message from the Swedish government about how the process looks like. And Denmark and Norway did things in one way. We have said very clearly and the prime minister of Sweden, Mr Kristersson, has stated very clearly that we see Denmark and Norway as a model in this case with their unilateral declarations. This is the way we will carry out our policy.

Sweden has just announced that it wild send a large aid and military package to Ukraine. What else can you do for Ukraine in terms of military and civilian aid?

Yes, we are now sending the largest package that we have done. And it’s a package which is larger in itself than all the other aid packages delivered. We will send winter equipment, enough for 10,000 soldiers of Ukraine for the winter. We will send weapons which can be used to counter the military might of Russia.

And we are prepared to do even more because at the end of the day, we help Ukraine and Ukraine helps the rest of us to defeat Russia. And it is only by a military defeat that we will ensure peace and stability in the future. Ukraine’s territorial integrity has to be restored. And the Ukrainian government has to have the last say about what this means in relation to a peace settlement, if that were to occur.

And finally, the American position. Are you worried about the shift towards isolationist positions in the United States and the victory of the Republican Party in the House of Representatives? Are you worried that the Americans will eventually stop supporting Ukraine to the same extent they are doing it now?

Although there are discussions in the United States, the White House is very clear in its support to Ukraine and not wavering at all. And I think that this as good now as for the future. I think we also have to point out to everybody on the global arena what it would mean if Ukraine were to suffer a defeat, what kind of signal that would send if Russia were able to get through its ambitions. What about China? What about Iran? What about other authoritarian states that would then feel that warfare, antiquated though it may be, is the right way to pursue political goals.

That would be completely unacceptable. Sweden is certainly a peace-loving country, but we do recognise a war that needs to be won when we see it.