During his African journey, King Mohammed the VI, stopped at Dakar to mark again the deep brotherly and spiritual relations existing between Morocco and Senegal. This time it was even historical with the King’s decision to address a speech to his nation from abroad, on the occasion of the Green March 41st anniversary

During this visit, HM the King held official talks with President Macky Sall. The two Heads of State chaired the signing ceremony of several bilateral agreements in various fields. 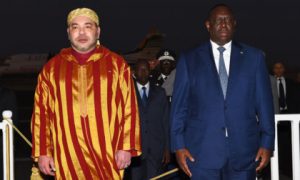 The Green March speech from Senegal: the king’s deep symbolism for Africa