The 188th Anniversary of the Battle of Navarino has been celebrated on 20 October 2015 at Pylos. In 1827 the forces of Russia, Britain and France defeated the Turkish-Egyptian fleet and supported the Greek Revolution 1821 – 1829. The event has been attended by representatives of the Russian Embassy in Greece. 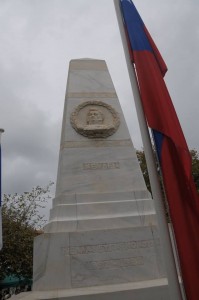