Migrants in despair attempted to enter Croatia from Serbia on Monday after spending a long night in the cold. Slovenia already tried to limit the flow of refugees into western Europe.

The refugees were held back by police in Croatia, where refugee camps are full to capacity. In western Croatia, up to 2,000 more spent the night on a train stranded near the border with fellow EU member Slovenia, which was refusing entry, Reuters reports.

With Hungary closing its border with Croatia to migrants at midnight on Friday, the unrelenting flow has been diverted to Slovenia en route to Austria and Germany, the favoured destination for many refugees from the Syrian war.

But Slovenia has imposed a daily limit of around 2,500 arrivals, saying it will only take in as many people as can then exit into Austria.

Slovenia said Austria was accepting a maximum of 1,500 people, far fewer than were previously entering from Hungary, although the Austrian interior ministry said it could not confirm this.

Upwards of 5,000 people are crossing the Serbian-Croatian border daily, from Greece where they arrive by boat from Turkey, into Macedonia and Serbia, which barely the capacity to cope. 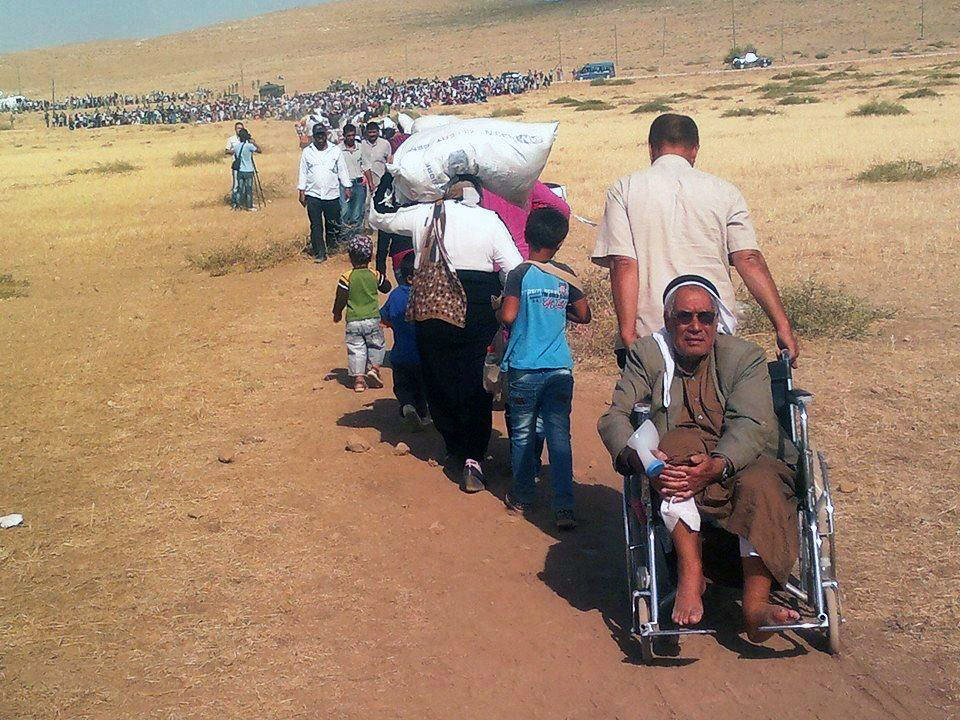 Thousands refugees try to reach Germany, on a long and full of hurdles journey.

A Reuters reporter on the Serbian side of the border said there was no apparent police presence to help maintain order. The refugees were cold and tired. They chanted: “Open the gate, open the gate!”

The arrival of a projected 700,000 migrants this year to Europe’s shores – fleeing war and poverty in the Middle East, Africa and Asia by boat across the Mediterranean and Aegean – has exposed deep and often ugly divisions in the EU.

Hungary’s rightwing government says the mainly Muslim migrants pose a threat to Europe’s prosperity, security and “Christian values”, and has sealed its borders with Serbia and Croatia with a steel fence and stringent new laws that rights groups say deny refugees their right to seek protection.

US citizens may need a passport to fly domestic