North Korea forged ahead with its missile programme in 2022 and took steps toward resuming testing of nuclear bombs, as world events including the COVID pandemic and war fractured the already tenuous international pressure against it. 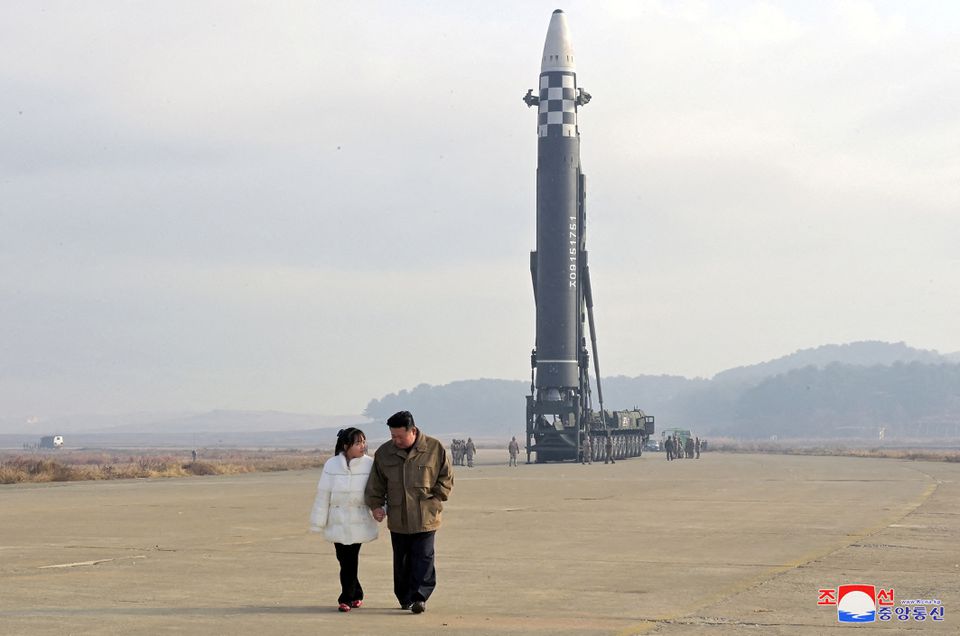 The country acknowledged its first COVID-19 outbreak in May, prolonging already stringent border closures and other anti-pandemic measures, blocking international engagement and causing economic woes, but doing little to slow its weapons tests.
The true extent of COVID there remains unconfirmed amid a lack of testing and independent monitoring.

This year provided the clearest evidence yet that North Korea now regards itself as a permanent nuclear weapons power and that Pyongyang has no intention of engaging the United States in denuclearisation talks, said Evans Revere, a former U.S. diplomat.

“We are in dangerous and uncharted territory when it comes to the North Korean threat,” he said. “The possibility of denuclearising North Korea has all but disappeared.”

North Korea resumed testing intercontinental ballistic missiles (ICBMs) for the first time since 2017, successfully launching the massive new Hwasong-17, which is believed to have the range to strike anywhere in the United States.

Pyongyang rolled out a series of increasingly capable short-range missiles as well, in what it says is a strategy to deploy tactical nuclear weapons.

North Korea also made preparations to reopen its shuttered nuclear test site, raising the prospect of a new nuclear bomb test for the first time since 2017.

With the world distracted by the pandemic and the war in Ukraine, and rising competition between Washington and Beijing, the testing seems aimed at making real strides in enhancing the country’s military power, analysts said.

“North Korea could at least pretended that it was open to dialogue, but this hasn’t been the case,” said Ramon Pacheco Pardo, a Korea expert at King’s College London. “I think that the Kim regime simply wants to improve its capabilities, no matter the consequences.”

WHY IT MATTERS
North Korea has for years been banned from conducting nuclear tests and ballistic missile launches by the United Nations Security Council, which had strengthened sanctions on Pyongyang.

In May, however, China and Russia vetoed a U.S.-led push to impose more U.N. sanctions on North Korea, publicly splitting the council for the first time since it started punishing Pyongyang in 2006.

The United States and its allies in South Korea and Japan have since turned to displays of military force, including joint drills and deployments of U.S. aircraft carriers and long-range bombers, in a so-far futile effort to deter Pyongyang’s testing.

North Korea’s missile tests have allowed it to refine and in some cases operationally deploy new capabilities that enable the rapid and first use of nuclear weapons in the event of both conventional and nuclear attacks, said Duyeon Kim, of the U.S.-based Center for a New American Security.

“Tactical nuclear weapons are dangerous because they can start a war whether it’s by miscalculation, retaliation, or preemption, and the threshold for nuclear-weapons use would be even lower,” she said.

WHAT DOES IT MEAN FOR 2023?
As North Korea opens up to trade and travel again it will likely continue to side with China and Russia and be less concerned with engagement with the United States and South Korea, Pacheco Pardo said.

If it’s true that Pyongyang expects the pandemic to last through 2024, then next year may see continued tensions.

“We may see more weapons tests, chest-thumping posturing, and threats until it feels virus-safe to return to negotiations and readily armed with even more political leverage to extract big concessions or indefinite recognition as a nuclear power,” Duyeon Kim said.