In light of the upcoming EU-presidency of the Netherlands during the first half of 2016, Netherlands Minister of Economic Affairs, Henk Kamp, visited Athens on 26 and 27 October. During the EU-presidency, the Netherlands will focus amongst others on stimulating economic growth. A strong internal market and effective European investment agenda are focus points in this policy area. Research and innovation provide a basis for economic recovery and for job creation in Europe. Minister Kamp spoke on EU-policy priorities with Greek Minister of Environment and Energy, Panos Skourletis, and Minister of Economy, Development and Tourism, Giorgos Stathakis.
Entrepreneurship was a central topic during the Minister’s visit. The Minister met with the Hellenic-Dutch Association of Commerce and Industry (HeDA), representing the Dutch business community in Greece. A significant number of Dutch companies is present and active in Greece, contributing to strong bilateral trade relations.
Finally, Minister Kamp, together with Alternate Minister for Research and Innovation, Costas Fotakis, met with various young entrepreneurs at the Orange Grove, the startup incubator initiated by the Netherlands Embassy in Athens. Supporting young entrepreneurship remains a priority for the Dutch government together with the Dutch private sector in Greece. 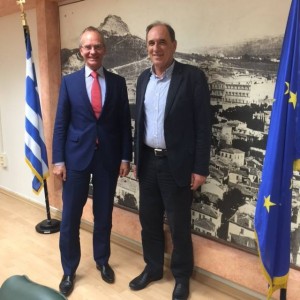 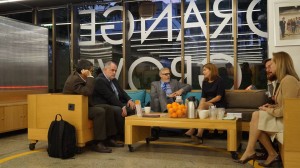 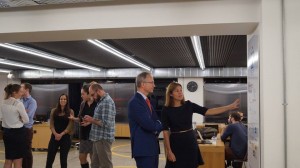 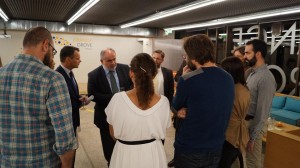 Students from Brazil visited the Headquarters of Greek companies (photos)