The approval by the European Parliament (EP), on 19 January 2023, of a resolution urging the Kingdom of Morocco to respect freedom of expression and media, as well as to guarantee imprisoned journalist a fair trial, has provoked strong reactions of condemnation of some Moroccan official bodies, and also at the regional level, notably through the Arab Parliament. 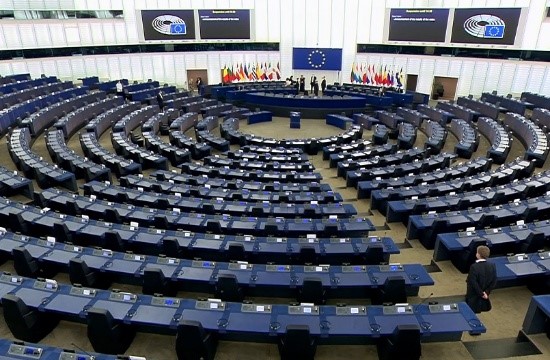 At the national level, “The High Council of Judicial Authority” has vigorously condemned in a statement published, on 21 January, the unfounded allegations contained in the European Parliament resolution, that undermine the independence of the Moroccan judiciary system.

The Moroccan government body also denounces “the approach by the European Parliament, which has arrogated to itself the right to judge the Moroccan judiciary system in a blatantly biased manner, prejudicing the Kingdom’s judicial institutions and violating their independence”. Moreover, the Council utterly rejects any interference in the judiciary processes or attempt to influence their decisions, especially that some of the mentioned cases are still before the courts.

The statement of the Council further stresses that the individuals, mentioned in the resolution, benefitted from all guarantees of fair trial in accordance with the law. Adding that facts subject of the trial of the aforementioned individuals are in no way linked to their activities as journalists nor to the practice of their freedom of expression and speech, guaranteed by the law and the Constitution.

In the same vein, “The Council of the Moroccan Community Abroad” (CCME) has strongly condemned the EP resolution which “attacks Morocco and contains false and unacceptable allegations against many of its institutions”.

In a statement, the CCME, in its capacity as a consultative and prospective institution concerned with the affairs of the Moroccan community abroad, said its position rejecting the EP resolution is also an expression of the rejection of Moroccans residing in Europe and those of European nationality of this blatant interference in the affairs of their country of origin, as well as of the disregard of the contributions of more than three and a half million Moroccans to the cultural, political, economic and sports life of Europe.

This resolution, the Council continues, is an explicit attack on the more than six-century-old history of distinguished and intertwined relations between Morocco and European countries, crowned by the Kingdom’s advanced status with the European Union (EU) as a strategic partner of Europe and a pivotal player in the dialogue between the two shores of the Mediterranean.

“The Moroccan National Press Council”, for its part, stresses that the decision adopted by the EP relays “prefabricated judgments” and that it has “nothing to do” with human rights, but rather “a desperate attempt to exert diplomatic pressure on Morocco” for “geostrategic agenda in favor of Europe”.
In connection to this resolution, members of both Houses of Parliament met in Rabat for a joint session and voted unanimously to review ties with the European Parliament, accusing it of meddling in Moroccan internal affairs.

At the regional level, the Arab Inter-Parliamentary Union (AIPU) condemned, in a statement released on 22 January, the European Parliament’s latest resolution against Morocco, pointing to a direct attack on the Kingdom’s judicial sovereignty. It also denounced the European institution approach of politicizing and distorting the facts, and of casting doubt on the legitimacy of Moroccan judicial measures adopted in internal cases that are treated in strict compliance with the principle of the rule of law and the guarantees of a fair trial as universally recognized.

Furthermore, the (AIPU) called on the European legislative institution to respect the spirit of the partnership linking the European Union to Arab countries in general and the Kingdom of Morocco in particular, and to ensure their development and protection from harassment.

The Arab Parliament also urged the European deputies to reject the politicization of human rights and its instrumentalization according to circumstantial agendas serving personal interests, and to cease from interfering in the internal affairs of Arab countries.