Morocco ambassador to Greek Republic Samir Addahre held on Monday a grand reception in Divani Caravel hotel (Makedonia Hall) in Athens. On the occasion of the 18th anniversary of the Throne Day.

The ceremony was attended by over 400 people, including high Greek officials such as Mr. Panagiotis Kouroublis, Minister of Shipping & Island Policy, Mr. George Katrougkalos, Alternate Minister for Foreign Affairs, responsible for European Affairs and International Economic Relations, and Mr. Ioannis Mouzalas Minister of Migration Policy, Admiral Evangelos Apostolakis , the Chief of the Hellenic National Defence General Staff.
Athanasios Kokkalakis , Police Brigadier General and Chief of the Hellenic Police Intelligence Division, and  the President of the Greece-Morocco Friendship Group Efstathia Georgopoulou-Saltari and representatives of the Presidency of the Republic. 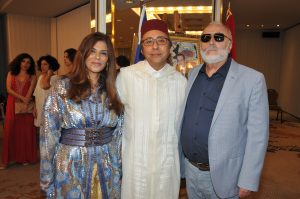 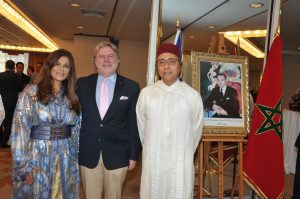 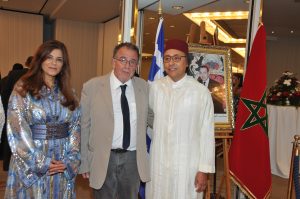 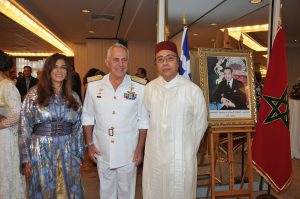 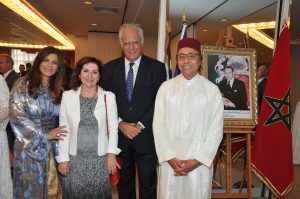 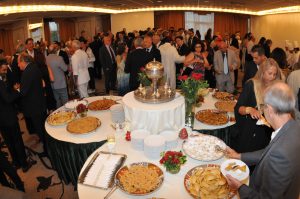 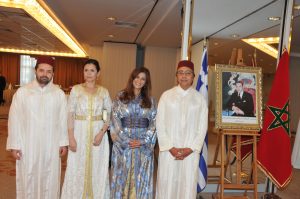 Member of Greek And foreign Mission in Athens, representatives of the Moroccan community, presidents of think tanks, businessmen, and media personalities were also among the attendees.
During the ceremony, Samir Addahre expressed his thanks to his guests and highlighted the significance of the national holiday.

This reception was also enhanced by the presence of former Prime Minister Abderrahmane Youssoufi and his wife.

Praising the multidimensional experience of Morocco, the personalities present at this reception were keen to express their warm congratulations and wishes of health, happiness and long reign to HM the King and more progress and opportunities for all Moroccans.
He also praised Morocco-Greek relations and the strong ties between the two countries.

Samir Addahre hailed Moroccan diaspora “for its welcome” and “its valuable contribution to the consolidation of the exceptional partnership between Morocco and Greece”.