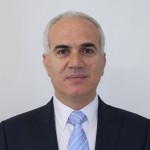 34 years have passed since one of the largest massacres of the Middle East history took place, carried out by General Hafez al-Asad in the Syrian city of Hama. To date, the majority of the international society is unaware of the extent of this slaughter and the reasons behind it. The international media never bothered to conduct an investigation to shed light on this matter, not even on humanitarian grounds.

by Dr. Alobeid Aref, an expert of Middle affairs

Today, many international analysts argue that there are two ways to address the five-year insurgency in Syria: the ascendance of Asad or the prevalence of fundamentalists. Of course, the predominant response, well known to all of us, can be summarized on the ascendance of the Asad family and their eventual governance of the country. International analysts argue that father and son kept Syria, politically and militarily, calm and stable for about five decades. However, the truth is completely different to anybody familiar with Syrian reality, as Syria was never calm or stable and the flagrant violation of human rights was and remains a daily occurrence. A lot of UN reports exist, undoubtedly documenting crimes, torture and human rights abuses of the Ba’athist regime, to the detriment of the majority of the Syrian people, regardless of community or religion or belief.

The seizure of power by Hafez al-Asad in a coup in 1970, which was named the Corrigendum Movement, meant the concentration of the three powers (legislative, executive and judicial) in the hands of one man. The replacement of the constitution gave the Baath party the opportunity to lead the state and society. At the same time, it undermined, practically, all other political parties and deprived them the opportunity to participate in the political life of the country. The assumption of power by Ayatollah Khomeini in 1979 marked a radical change in the policy of Asad towards the Islamic Republic of Iran, mainly, for serving interests and religious reasons. So, in the war between Iraq and Iran (1980-1988) Asad was the only Arab leader who supported the Persian Iran against Arab Iraq, ruled by the Sunni Saddam Hussein. The support of the Syrian president in favor of Iran was not only limited in a political context but also, actively, proceeded to interrupt the flow of the Iraqi oil pipeline to the Mediterranean, depriving Iraq of a strategic advantage during the war. For this reason, Baghdad, in the name of the national interest, was forced to construct a new pipeline on Turkish territory, upgrading the geopolitical position of Ankara. Also, the Syrian military equipment was transferred to the Iranian front, helping Tehran’s victory in a war which would eventually lead to the fall of Saddam Hussein, the traditional opponent of the Syrian regime. The Iraqi government, watching the hostile intentions of Asad, proceeded with the support of the military wing of the movement “Muslim Brotherhood” of Syria aiming to the neutralization of the “Dangerous” Asad.

The first failed attempt to assassinate Asad in 1980 caused a vindictive massacre in the prison of Palmyra. According to the UN Human Rights Observatory, a thousand political prisoners were executed in cold blood by government forces, followed by another six massacres in the same prison, from 1981 to 1983. The disclosure of the execution of a thousand people took place during interrogation of Syrian agents who also were perpetrators and had been arrested by the Jordanian authorities, during their failed attempt to assassinate the Jordanian Prime minister Mudar Badran. Other bloody conflicts occurred in the city Jisr al-Shughour and the second capital city of Aleppo in 1980.

The largest military campaign against dissidents and particularly against militants of the Muslim Brotherhood movement occurred on February 2, 1982. The campaign lasted 27 days and the use of heavy equipment by Asad army (artillery, tanks and air force) caused the leveling of Hama city. Although the number of dissidents combatants did not exceed 200 fighters, according to government sources, the effects of the disaster was tragic, the ancient city, 88 mosques and three churches were destroyed and human casualties exceeded 30,000 adding the missing people ( as in Syria ‘missing’ often means ‘dead’). In addition the application of Law 49, which condemns every member of the Muslim Brotherhood to death without trial, turned the judiciary into means for killing any opposition against the Syrian regime. The “heroes” of this slaughter were the Alawites President Hafez al-Asad, his brother Rifaat al-Asad, the Sunni defense minister Mustafa Tlass and Sunni army chief Hikmat Shihabi.

In 2004 another massacre occurred in the Al Qamishli area, resulting in the death of 40 people, injuring hundreds including prisoners, with 2000 victims. The majority of the victims were Syrian Kurdish citizens. The last assault in prison Saidnaya, took place before the Syrian uprising detaining Islamist political prisoners kept in appalling detention conditions; as usual, the army intervened and killed about 25 people.

Since 1982 Syria turned into a king of terror and fear. Every effort to economic, social and political reforms by dissidents was dealt with by the regime using harsh military government measures.

It is a fact that, Syria during the Asad family governance turned into one of the poorest countries of the world. In 2000, the national budget was about $3 billion. Thus, the living conditions for 19 million people were appalling. Also, in 2014 the Syrian budget was $8 billion while the Wealth of the Assad family exceeds $90 billion.

Rarely, at a global level, a minority governs the majority, but in Syria, the Alawite minority (10%) governs the Sunni majority (70%) since 1970. Although over time the requirements of the majority for economic and sociopolitical reforms were justified, the Asad family regime never accepted the need for reform for the people and the country. Instead, they preferred to resort to the use of military force to punish opponents and consolidate their authority.

In addition, there are some exogenous factors which contributed to the stabilization of Asad rule for about 50 years. These include the conflict between East and West, the security which was granted by the Syrian regime to Israelis since 1973, and the Iraqi invasion of Kuwait in 1990. These factors gave Asad the opportunity to shift from supporting the eastern bloc to the west, under the international coalition against Iraq. The fear of Western countries of Islamic fundamentalism, gave Asad the opportunity to become a member of the campaign against terrorism, even though it was the Syrian regime that inspired terrorism in the middle East. Due to the prevalence of social networks and satellite channels, young Asad was unlucky compared with his father in an era with no such media revealing his crimes.

How digital is your country? New figures published by the European Commission

Commission launches Action Plan to crack down on wildlife trafficking