Maria Pantazi-Peck attended the inauguration of the Salvation Army Green Light Project on October 08. The Salvation Army in Athens actively participates in the fight against human trafficking. Equally important is the issue of prostitution, where many girls are trapped, often at a very young age. This program provides a nonthreatening place where victims of trafficking and women working in the sex industry can regularly drop in for a ‘normal’ chat and cup of coffee – hence facilitating their societal integration. The program also hosts workshops.
Also in attendance were Commissioners Clive and Marianne Adams, Territorial Leaders for The Salvation Army in the UK and Republic of Ireland, as well as Heracles Moskoff, the Greek National Rapporteur on Trafficking in Human Beings. 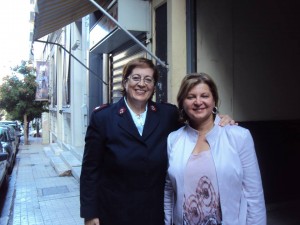 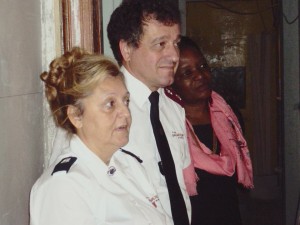 The Commissioner, Corina Cretu, at the General Hospital in Crete (photos)