Lubrication Engineers S.A. is a lead company in the industrial field, especially in the sale of lubricants used in the heavy industries, the construction & mining companies, the marine / shipping, as well as the food industry

On the occasion of the company’s participation at Posidonia 2016, the CEO of LE Hellas, Mr. Alexander Doucakis speaks exclusively to thediplomat.gr and Chara Pagkalou for the company’s vision, how LEHellas managed through the Greek economic crisis not only to survive but also to achieve the objectives of the company, on the importance of shipping for the Greek economy and the problems faced by a foreign company in the Greek business environment. 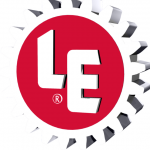 Well, let’s not forget at ﬁrst, that LE has been present worldwide since 1951, when LE Inc was established in Texas, USA. Ever since, LE has been the Leader in Lubricants, because of the premium and extremely high quality base oils that are used, as well as due to the exclusive additive technology which the company has developed and is using on a proprietary basis. They are only to be found in LE finished products. In other words, LE develops its own additive technology. Of course, the most important advantage is the philosophy, which separates the company from any of our competitors: “The product must be unique and deliver performance far greater than anything else available in the world, regardless of its price”. With this philosophy, all LE lubricants deliver an unmatched performance package, which always makes the product cost-eﬀective, regardless of the price it sells. Although the main focus for Lubrication Engineers for more than 50 years has been the heavy industry, we have recently focused more on the Marine and Shipping industry, with outstanding performance results. It is therefore a new vision for us in Greece, to extend our activities and oﬀer to the marine and shipping industries the opportunity of considerably reducing their maintenance and operating costs, by using the outstanding, extremely high performance, special product range of Lubrication Engineers. We want and expect the shipping companies to beneﬁt/proﬁt from using enhanced / high-performance LE lubricants and our asset reliability solutions in very important, selective applications. With this in mind, we are organising a worldwide network, consisting of highly trained personnel, warehousing facilities for prompt deliveries in major areas/ports and other developments.

•LE Hellas not only resists during the current economic crisis in Greece but as the LE International Director, Mr. David Macdonald, mentioned LE Hellas reached its annual goals and has been rewarded for that achievement. How did you make real that ‘’success story’’? Products reliability, human capital and focus to the client satisfaction could be the keys of success? Have you seen the crisis as a challenge to go ahead by maximizing your eﬀorts?

We are fortunate and honoured to be supported by LE International, in all areas of our activities, whilst we have a fantastic, visionary, highly trained and experienced team who are usually & mainly based in Greece. I believe that it is as simple as that! We have the best lubricating products available in the world, outstanding support from our principals and the right people to do the job. Our customers have always shown conﬁdence to our products, as well as our technical services. We always try to honour their conﬁdence in every possible way.

•LE Hellas is going to participate in Posidonia 2016, a global shipping industry forum. Do you estimate that shipping industry and tourism are Greek economy’s strongest pillars and how could they contribute to help national economy to recover?

For the time being yes. Being in the market for more than 35 years, I have also seen the local industry during its “glorious” years. I still believe and why not visualise, that Greece may become again very strong in all sectors. The shipping industry has always been our pride, showing the outstanding entrepreneurial abilities and culture of the Greek businessmen.

•Which are the main problems an international company who invests in Greece faces?

•Capital controls at which point have inﬂuenced your activities? Which are the diﬀerences you observe in the real market since the crisis’s beginning (2008) till now?

They have inﬂuenced our business activities in every step from the very ﬁrst day, if not a few months before they were implemented. I think that the eﬀects of this period, the ﬁrst six or seven months of 2015, will take many years to fade out.

•Do you think the measures that have been taken could boost the national economy and attract foreign investors?

No, not for the time being. Foreign investors, like local investors as well, need stable and consistent business environment in order to invest and be able to act in the long term. They also need, like any other businessman to feel that they work in a friendly environment, that’s why I believe that an economy may be boosted only if the society supports all of its acIviIes. Thank you for the opportunity.

The new premises of the Embassy of Pakistan [photos]