A new opinion poll aired on Skai TV’s Monday night news bulletin revealed the Greek public remained unconvinced about the government’s narrative on the closing of the deal with the country’s creditors. The findings of the survey, carried out by the University of Macedonia, reflected the public’s disappointment in the SYRIZA-ANAL government, with a massive 8 in 10 of those polled overall, and a large 60% of SYRIZA voters in the last election, believing the leftist government had passed a 4th memorandum and the the measures voted in would not aid the country to exit the economic crisis. An even more impressive finding was that 40% of the respondents said they thought the current measures passed in parliament by the government were the worst of all previous government in recent years. With regards to the government’s countermeasures aimed at ameliorating the effects of the new austerity measures on the less privileged, 79.5% said they thought they were just for show. On the question of whether the government had handled the debt negotiations effectively, 73.5% considered the approach inadequate. A mere 5.5% said they hoped their economic situation would improve over the next 12 months compared to 69% who were pessimistic about the next year. In terms of the public’s voting intentions, 32.5% said they would support New Democracy (ND), 16.5% SYRIZA, 7.5 Golden Dawn (GD) and the communist party (KKE), while DYSI (former PASOK and other centre formations) received 5.5%. 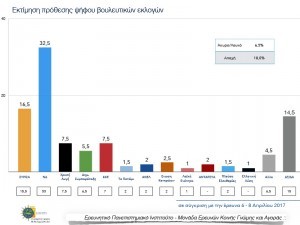 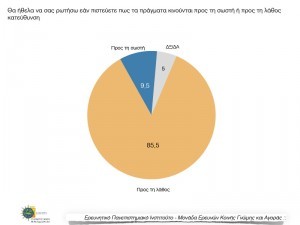 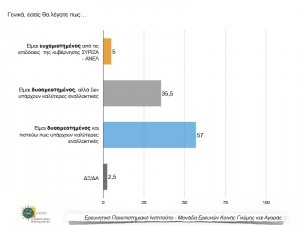 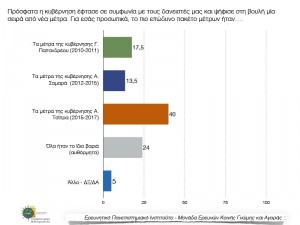 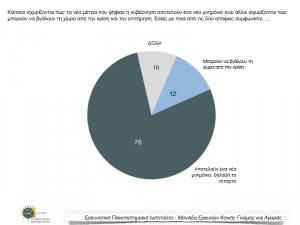 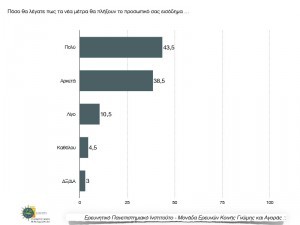 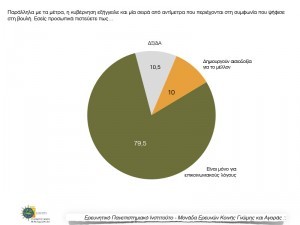 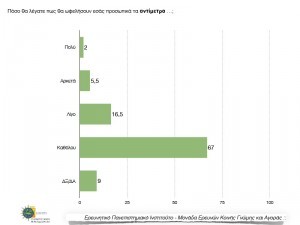 The Marshall Plan at 70: Chancellor Merkel and Henry Kissinger