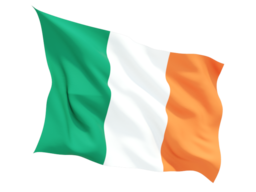 Greek-Irish diplomatic relations were established on 22 January 1975. The Greek Embassy in Dublin opened in 1977 – within the framework of our application at that time for EEC membership – and there is an Irish Embassy in Athens. Greece’s accession to the EEC in 1981 was a milestone in Greek-Irish relations (Ireland had been a member since 1973), given that since then there have been frequent meetings on many levels between the two countries, within the framework of the EU.

Greece and Ireland maintain traditionally friendly relations. There is potential for further development of political relations, given that the two countries’ positions converge on a large number of issues and they share common values. Both countries are members of the EU, the UN and the OSCE, and they both participate in the eurozone.

The Greek Community of Ireland – based in Dublin – is the main association of the Greek Irish community, which is estimated to be 800 strong. The Irish-Hellenic Association – active for 40 years now – regularly organizes Greek cultural events.
In Ireland, Ancient Greek language and culture are taught in the Classical Studies Departments of tertiary education. There are Modern Greek departments at Trinity College and University College, Dublin.

Embassy of Ireland in Greece

Consulate of Ireland in Greece