Since it was launched in 1991, the EU MEDIA programme has invested over €2.4 billion in European creativity and cultural diversity. It has supported the development of thousands of films in Europe and their international distribution.

This year’s Cannes Film Festival is a great occasion to celebrate the 25th anniversary of MEDIA, the EU’s support programme for the European audiovisual industry. MEDIA-funded films once again feature very strongly in the selection: 10* of the 21 films in competition for the Palme d’Or this year have been supported by MEDIA, including films by Ken Loach, Pedro Almodóvar, Cristian Mungiu and the Dardenne brothers. In the last 25 years, 40 MEDIA-funded films have been awarded the Palme d’Or, the Grand Prix or the Best Director Award.

Both European Commission Vice-President Ansip and Commissioner Oettinger will be at the Cannes Film Festival this year to discuss the achievements of MEDI    A and how the EU can further strengthen the audiovisual sector, which employs over 1.3 million people in the EU, under its strategy to create a Digital Single Market.

Andrus Ansip, Vice-President for the Digital Single Market, said: “The MEDIA programme has played an essential role to help European films reach new audiences across borders. We need to build on this success and foster the circulation of content in Europe with the right EU framework. Digital developments bring opportunities and challenges for the audiovisual sector. We need to find solutions together to boost the legal offer online and fight piracy. I am really looking forward to discussions with filmmakers in Cannes.”

Günther H. Oettinger, Commissioner for the Digital Economy and Society, said: “The MEDIA programme has become a quality label for European films. I am proud to see that almost half of the films in competition for the Palme d’Or this year have been supported by MEDIA. The MEDIA programme is also constantly adapting to the needs of the sector. In June, we will launch a €121 million guarantee facility for the cultural and creative sectors that will be open to audiovisual projects. It is expected to generate more than €600 million worth of bank loans.”

The MEDIA programme (abbreviation from French: Mesures pour Encourager le Développement de L’Industrie Audiovisuelle) was launched in 1991. Today it is part of the EU’s Creative Europe programme. Each year it supports around 2,000 European films, television series and other projects which are distributed digitally in cinemas, on television and through video-on-demand services. MEDIA has helped train more than 20,000 producers, directors and screenwriters, and enabled them to adapt to new technologies.

MEDIA has helped the audiences for European cinema to grow. In 2014, 33.2% of all cinema admissions in Europe were for European films, up from 25.4% in 2010. Emerging film industries and markets in Northern, Central and Eastern Europe have also grown, thanks to the success of their works abroad.

To celebrate the 25th anniversary of MEDIA, a series of videos will pay tribute to European audiovisual works which drive our imagination under the slogan “we all love stories”. Testimonials by filmmakers, producers and actors are also available online. 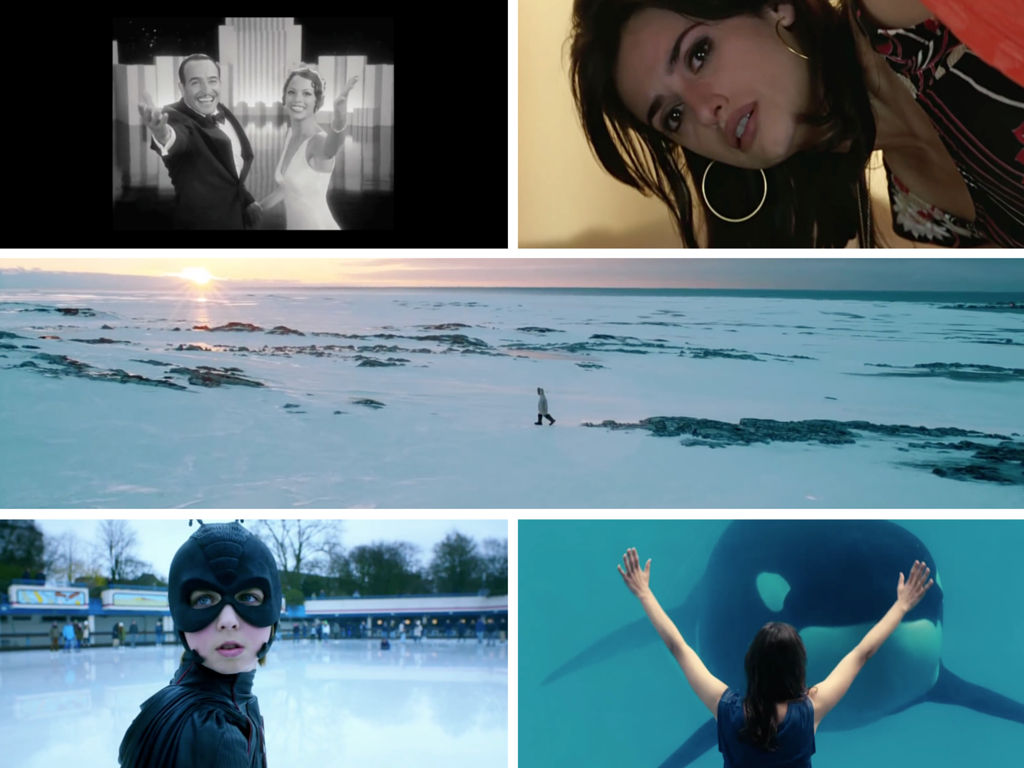 MEDIA at the Cannes Film Festival

Since 1991, 40 MEDIA-supported films have been awarded the Palme d’Or, the Grand Prix or the Best Director Award and have received a total of €20 million in MEDIA support. This year in Cannes, 10* out of 21 films in the Official competition are supported by MEDIA:

I, Daniel Blake by Ken Loach

Altogether, MEDIA has invested over €1.7* million in the development or the distribution of these works.

Overall, 23* MEDIA-funded films have been nominated in various sections at the Cannes Film Festival and in parallel competitions such the Directors’ fortnight and the Semaine de la Critique. Three quarters of these films are co-productions, involving producers from 15 European countries.

Vice-President for Digital Single Market Andrus Ansip and Commissioner for Digital Economy and Society Gunther H. Oettinger will attend the Cannes Festival and meet stakeholders to discuss the current needs of the sector and legislative steps undertaken as part of the Digital Single Market strategy. From 13 to 18 May, a number of talks and panel discussions will take place around the MEDIA stand in Cannes, addressing crucial issues for audiovisual professionals such as audience development, online distribution or the promotion of film heritage. On 16 May there will be a full day of exchanges on the theme of the financing of European films. More information on the programme can be found here.

Creativity in the Digital Single Market

The EU’s Digital Single Market strategy includes measures to boost Europe’s cultural and creative industries, to improve the circulation of content and help works by filmmakers and audiovisual creators reach wider audiences across borders. These are among the aims of proposals for the portability of audiovisual and online content, and the copyright roadmap outlined in December 2015. In the coming weeks, the Commission will present a proposal to update the Audiovisual Media Services Directive and policy directions in the area of online platforms. Further measures to modernise the EU framework for copyright and to address piracy will also be presented by the end of the year.