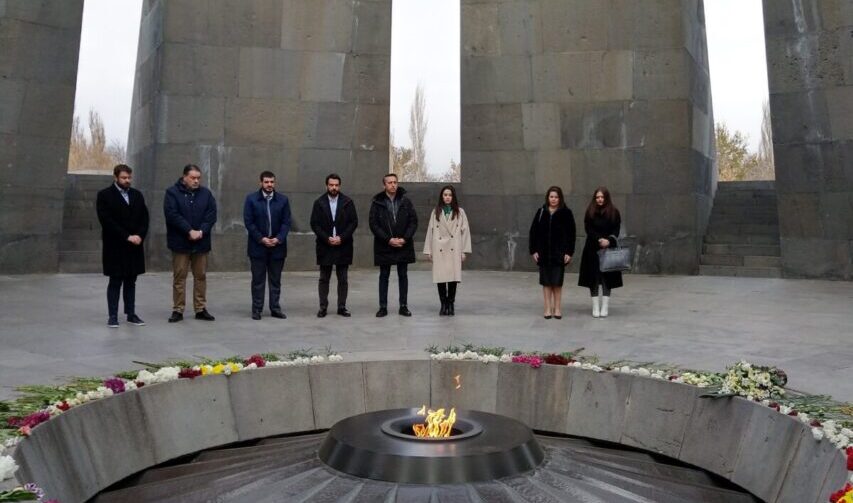 Currently on a working trip in Armenia, the Greek MPs laid flowers at the Eternal fire to pay tribute to the 1.5 million victims of the Genocide.

They also toured the memorial and visited the Museum to learn more about the plight of Armenians at the beginning of the 20th century.

On April 24, 1915, a large group of Armenian intellectuals was rounded up and assassinated in Constantinople by the Ottoman government. On April 24, 2022, Armenians worldwide commemorated the 107th anniversary of the Genocide which continued until 1923. Some three dozen countries, hundreds of local government bodies and international organizations have so far recognized the killings of 1.5 million Armenians as Genocide. Turkey denies to this day.