Ambassador. Christophe Chantepy, officially presented to the President of the Greek Republic Mr. Prokopis Pavlopoulos his credentials, the appointed Ambassador Extraordinary and Plenipotentiary of the French Republic.

The official ceremony took place on Friday, October 2, 2015 at the presidential mansion on credentials hall. 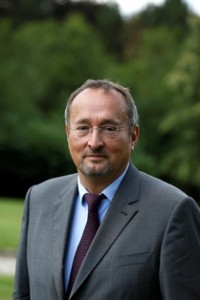