The lying-in-state of former Pope Benedict XVI, who died Saturday at the age of 95, began Monday in St. Peter’s Basilica in Vatican City ahead of his funeral later this week. 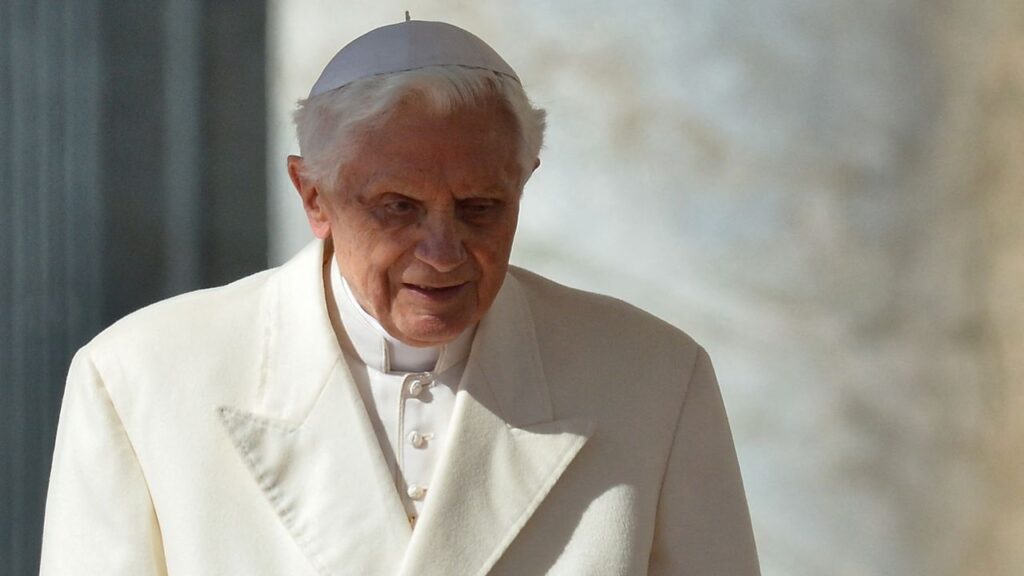 Benedict, who was the first pontiff in almost 600 years to resign his position, rather than hold office for life, passed away on December 31 at a monastery in Vatican City, according to a statement from the Vatican.

The former Pope’s body was moved from the monastery to St. Peter’s Basilica on Monday morning, where it was laid out for the faithful to bid farewell, the Vatican said.

His funeral will be held at 9:30 a.m. local time (3:30 a.m. ET) on Thursday in St. Peter’s Square in Vatican City, according to the director of the press office of the Holy See, Matteo Bruni. The funeral will be led by Pope Francis. In line with Benedict’s wishes, his funeral will be “simple,” Bruni said.

Francis paid tribute to his predecessor while leading the Angelus prayer on Sunday.

“In particular, this salute is to the Pope Emeritus Benedict XVI, who yesterday morning passed away. We salute him as a faithful servant of the gospel,” he said.

Benedict was known to be more conservative than his successor, Pope Francis, who has made moves to soften the Vatican’s position on abortion and homosexuality, as well as doing more to deal with the sexual abuse crisis that has engulfed the church in recent years and clouded Benedict’s legacy.

He stunned the Catholic faithful and religious experts around the world in 2013 when he announced plans to step down from his position as Pope, citing his “advanced age.”

In his farewell address, the outgoing Pope promised to stay “hidden” from the world, but he continued to speak out on religious matters in the years following his retirement, contributing to tensions within the Catholic Church.

His death prompted tributes from political and religious leaders including US President Joe Biden, Italian Prime Minister Giorgia Meloni and the Dalai Lama.

Chinese tourists are ready to travel abroad again. Here’s why some countries are hesitant