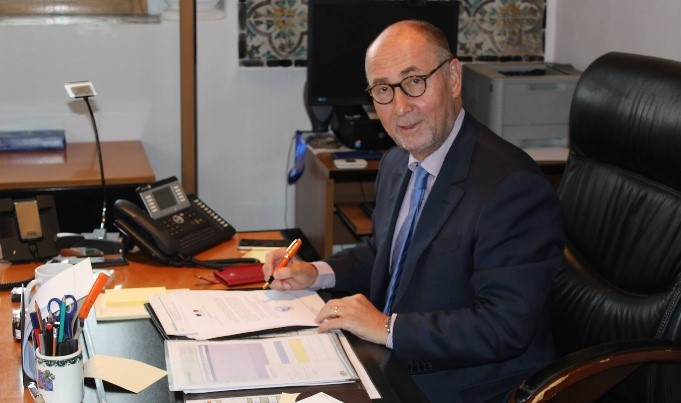 In the article, titled “Algeria collapses: will it drag France down with it?”, DRIENCOURT criticizes the perception that Algeria had become a “progressive, stable, and democratic” country after the 2020 protests that resulted in the fall of the BOUTEFLIKA regime.

DRIENCOURT gives also an analysis of the presidential term of the Algerian president Abdelmadjid TEBBOUNE, questioning, in particular, the results during his term and the lessons that France should draw from it.

French illusions vs. Algerian matrix
“My friendship for Algeria, like my respect for the Algerian people, obliges me to recall a few facts about the political reality, the French illusions and the consequences of these”, affirms the French diplomat. In his opinion, if the situation had to be summarized “briefly and brutally”, “the new Algeria”, according to the formula commonly borrowed from the military junta, “is in the process of collapsing before our eyes and that it is dragging France in its fall, no doubt more strongly and subtly than the Algerian drama had brought down, in 1958, the IVe Republic”.

A serious, alarming observation that the diplomat explains as follows: “the Algerian reality is indeed not the one that we are described”. Thus, he explains, “the corrupt regime of Bouteflika fell in 2019, and, after upheavals, as in any revolution, Algeria resulting from the ‘blessed Hirak’ “would be, we are told, progress, stability and democracy”. But, President MACRON’S Algerian tropism will melt on contact with “the matrix of the system”: anti-French discourse”, especially in 2024, in the beginning of the presidential electoral campaign for a second term for Tebboune. During this campaign, we would hear again anti-French speeches to gain the sympathy of the electors.

The ugly face of the Algiers’ regime
For Xavier DRIENCOURT, 2020 constitutes the starting point of the beginning of the end in a way, because, he states, “after perhaps a few weeks of hope, the regime has shown its true face: that of a military system (formed, we forget, in the methods of the ex-USSR), brutal, lurking in the shadow of a civilian power, no doubt as much a wheeler-dealer as the one it drove out, obsessed with maintaining its privileges and indifferent to the difficulties of the Algerian people”.

“Repression” is the word that slams like a whiplash several times in this alarmist column of a great connoisseur of the Algerian regime. He compares Algeria to a vast prison where “not only the politicians, civil servants and soldiers linked to the former regime – and to whom the People’s National Army owes its current status – are locked up, but also the journalists who have been wrong to write hostile or reserved articles on the regime, and those who, naively, have posted on social media a judgment or a dissenting opinion”.

The press in Algeria has been muzzled, bolshevised, dealing with the same subjects, blasted by editors wearing khaki green uniforms. “Today, this press is muzzled, journalists arrested or deprived of their passports,” he says, citing newspapers that have been closed, placed under guardianship or banned such as Freedom, El Watan put under guardianship, Radio M, Maghreb Emergent or more recently still, the accusation brought against the AlgériePart site of receiving funds from abroad to disseminate fake news in order to “destabilize the country”.

A repression affecting not only the media, but also the associations, such as Caritas founded by the Catholic Church before 1962, sometimes dissolved, sometimes accused of receiving funds from the foreigners, according to the French diplomat.

Behind the hatred and distrust of “foreigners”, especially France
Xavier DRIENCOURT specifies in his analysis this “foreigner” as embodied by France. France is thus warned and cannot hide its face as to the “anti-French discourse which, under Bouteflika was opportunist and sometimes awkward”, and which “is today the matrix of the system”.

Far from the speeches of fraternity and the weft of a renewed love story despite the tumults of the past, the French former ambassador, thus, invites us not to fall into the trap of appearances, because, he judges, “the force of this regime is to make the world believe that Algeria is perhaps not a Western-style democracy, but that it is moving, according to its own means, towards a somewhat authoritarian, mildly police system, but without ever being a dictatorship”.

“The price for our blindness to the Algerian oppressive regime and our compromise will result in mass migration,” he warned.

Xavier DRIENCOURT was France’s ambassador in Algiers from 2008 to 2012, and 2017 to 2020. He is the author of the bestselling book “The Algerian Enigma: Chronicles of an Embassy in Algiers (Observatory editions, 2022)”.