CNN — The Biden administration is unveiling a new proposed rule that, if enacted, would effectively phase out compact fluorescent light bulbs and move the US light bulb markets decisively to more energy-efficient LEDs. 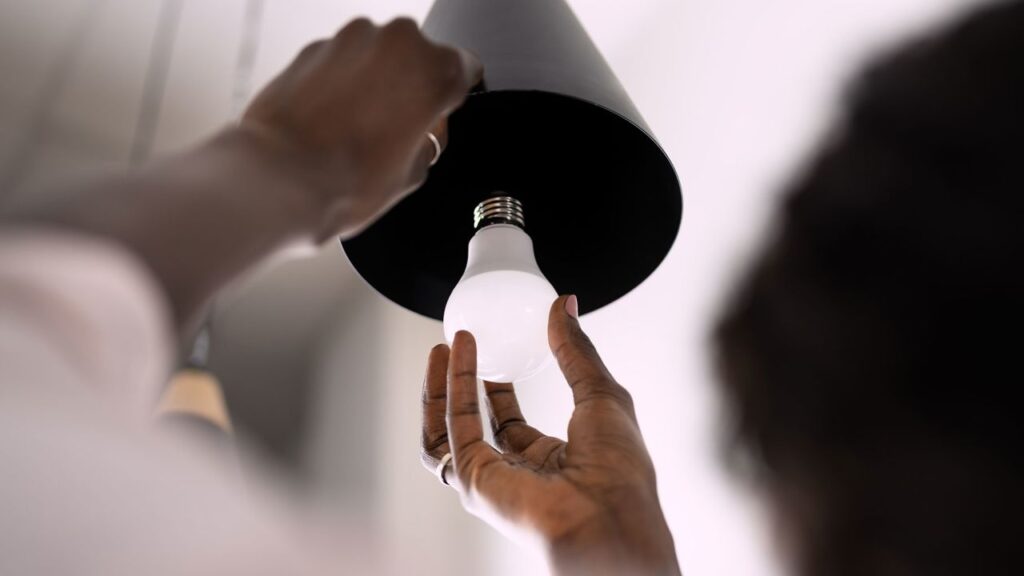 The Department of Energy is proposing the rule on Monday with the aim to finalize it by the end of President Joe Biden’s first term. The rule would more than double the current minimum light bulb efficiency level, from its current standard of 45 lumens per watt to over 120 lumens per watt for the most common bulbs. The details of the proposed rule were shared first with CNN.

This change will accelerate what White House National Climate Advisor Ali Zaidi said is an “increasing shift in the marketplace toward LED lighting” over the last decade. Zaidi said moving away from compact fluorescents and even less efficient incandescent bulbs will ultimately lead to savings for consumers.

“The mandate to the Department of Energy from Congress is to find ways to save money for American consumers,” Zaidi told CNN in an interview. “LEDs are now an order of magnitude cheaper than just a decade ago.”

The proposed rule comes on top of the Biden administration’s move to get inefficient incandescent bulbs off the shelves by the summer of 2023. The Department of Energy finalized a rule to phase out the old-fashioned bulbs in the spring, capping off a decades-long bipartisan effort started in the Bush administration to get them off the shelves.

That was complicated by former President Donald Trump in 2019, whose administration undid a previous Obama-era light bulb rule. Trump once famously complained about the quality of the light coming from LED bulbs, telling House Republicans “I always look orange” in the energy-efficient lighting.

Zaidi said that LED lighting technology has improved tremendously since the early days of LEDs, providing better light for a fraction of the cost.

“If a particular light fixture was costing someone $10 in a year, then it’s going to be costing much, much less,” Zaidi said.

Even before the latest proposed rule, LED use in the US has grown significantly in recent years. Nearly 50% of US households said they used LED bulbs for most or all their indoor lighting, according to the 2020 Residential Energy Consumption Survey. It was a huge increase from the 2015 survey, where just 4% of households reported using LEDs for most or all indoor light use.

That same survey showed just 12% of US households said they used compact fluorescents as their predominant source of lighting, down from 32% in 2015.

DOE also estimates the proposed changes will help put a dent in planet-warming emissions, cutting 131 million metric tons of carbon dioxide and 903 thousand tons of methane over the next 30 years – roughly equal to the electricity that 29 million homes use in one year.

Energy Secretary Jennifer Granholm said in a statement the changes would “help lower energy costs and keep money in the pockets of American families while reducing our nation’s carbon footprint.”

The rulemaking is also part of an administration goal to take 100 actions in the past year to make energy efficiency standards stronger. The White House announced Monday it had surpassed its goal with stronger standards on gas furnaces, air conditioners and clothes dryers.

Zaidi told CNN it is part of a broader effort by the Biden administration to move Americans’ appliances to more energy efficient and cost-effective ones that also release far less heat-trapping greenhouse gas emissions into the air. For instance, Zaidi said DOE is also at work on a rule to make residential cooking products like stoves and ovens more efficient.

Zaidi added the administration is trying to use a combination of federal standards and incentives to push consumers toward energy-efficient and cleaner products for their homes, whether it be a light bulb, an HVAC unit or a stove.

“We’re laying the foundation for people in every year of this administration being able to lock in more ways to save money on energy bills,” Zaidi said. “One of the things we’ve heard loud and clear is how focused consumers are on not only recognizing that energy costs are front of mind now, but that there are these products that help them avoid impacts to their bottom line as energy costs fluctuate in the future.”

Argentina, caught in economic depression, gets something to cheer in World Cup win