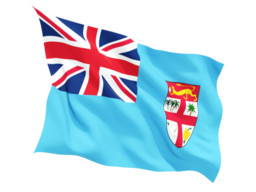 Greece and The Fidji Islands established diplomatic relations in 1978. Relations between the two countries are good, bilateral and multilateral cooperation is satisfactory.

There is no Greek community on the islands. There are very few people of Greek origin working there as executives of international organisations or doing business.

Passports and visas for foreigners are issued by the Greek Consular Office in Wellington, embassies of EU member states in Suva also contribute to the issuance of visas.

Consulate of Fiji Islands in Greece