A farewell reception honorouring Ambassador of Canada to the Hellenic Republic, Robert Peck, and his wife Maria Pantazi-Peck was held at the Vorres Museum in Paiania, hosted by its new President Nektarios Vorres. 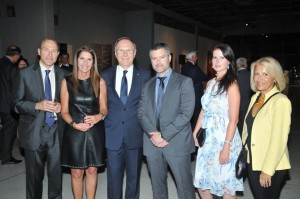 In his farewell remarks, Ambassador Peck admitted that he has mixed emotions about departing from Greece, but assured everyone that he would soon return. He highlighted in particular the important contributions of the late Ion Vorres in strengthening bilateral cultural and educational ties between Canada and Greece, recognized with the presentation of the highest accolades by both countries. 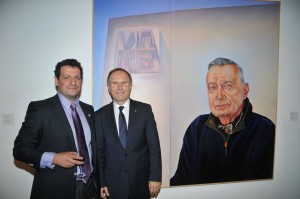 “The reference to the Vorres Museum as a ‘Canada House’ in Athens underscores Ion’s passion and dedication in building cultural bridges between Canada and Greece,” he emphasized, “his grandchildren who now have the responsibility of the museum’s management want to ensure his legacy endures”.

The Mayor of Paiania, Mr. Spyridon Stamos, announced the unanimous decision of the City Council to rename the street where the museum is located to Ionos Vorres Street as a small tribute to his legacy. The evening also included a guided tour of the Vorres Museum with its magnificent gardens and exceptional artwork for the distinguished guests.