Reception for the Day of German Unity was held in the residence of the German Ambassador in Athens on October 2, 2015. 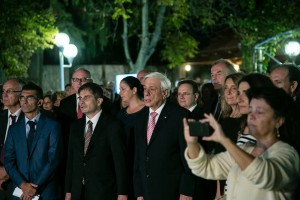 ” Twenty-five years – in everyday life, this period is defined as an entire generation. For many young people the Cold War, the partition of Germany and Europe and German reunification are chapters from the history lesson. For us the biggest but this experience has been hacked and feeling forever in our memory, ” said the German Ambassador to Greece, Peter Soof. 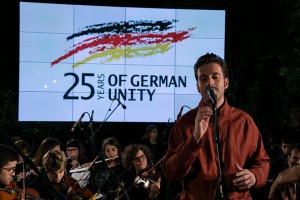 ”The famous expression of Willy Brandt :”Now we  have joined what must be united” not only applies to the reunification of Germany, but could also apply to the unification of Europe. Together reconstruction of our continent as a social, economic and cultural space. We have the largest internal market in the world, freedom of movement and an incredible diversity in cultural life ”, Mr. Soof pointed out among other thoughts.

The Netherlands Embassy next to refugee children

British Consular Network: Reaching out to destinations across Greece