Sri Lanka’s president says the organisers of an Enrique Iglesias gig should be whipped, as punishment over the behaviour of some female fans.

President Maithripala Sirisena said local women running on stage to kiss the singer and throwing their underwear at him during a concert in Colombo on 20 December was “most uncivilised”.

“This is most uncivilised behaviour that goes against our culture,” President Sirisena told a public meeting.

“I don’t advocate that these uncivilised women who removed their brassieres should be beaten with toxic stingray tails, but those who organised such an event should be.

Public displays of affection are frowned upon in conservative Sri Lankan society.

Police are known to have arrested couples for kissing in public parks.

The concert was part of the Latin pop star’s Love and Sex world tour. 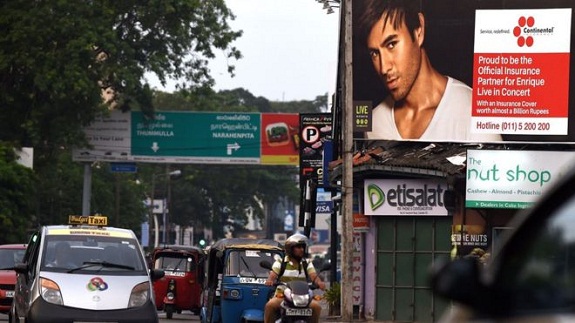 Russian Embassy’s in Greece activities during 2015