The Canadian Embassy celebrated the international premiere of the exhibition “Haida. Life. Spirit. Art” at the official opening on October 26, 2015 at the Archaeological Museum of Thessaloniki.
Produced by the Canadian Museum of History and the McCord Museum and, with the collaboration of the Haida Gwaii Museum, the exhibition introduces audiences in Greece to the remarkable sophistication and complexity of the Haida culture of Canada’s Pacific Northwest Coast, featuring an outstanding collection of historical and contemporary artworks, as well as contemporary works and images from Haida Gwaii, the island homeland of the Haida people.
Speakers at the opening included Thessaloniki Mayor Boutaris; Archaeological Museum of Thessaloniki Director, Dr. Polyxeni Veleni; Canadian Embassy Chargé d’affaires, Julie Crôteau; Director General of the Canadian Museum of History, Jean-Marc Blais; and archaeologist from the McCord Museum, Ghilaisne Lemay. Supported by Air Canada, the event was attended by representatives of Thessaloniki’s business sector including, Makedonia Airport Manager, Achilleas Topouzas and HELEXPO CEO, Alexandros Tsaxirlis, as well as members of the diplomatic, cultural and Greek-Canadian communities.
On display until April 20, 2016. 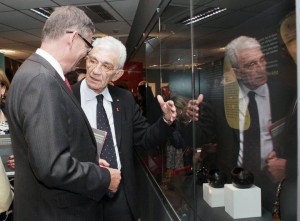 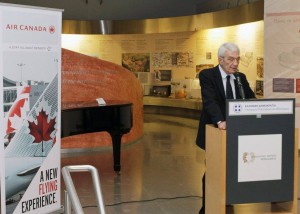 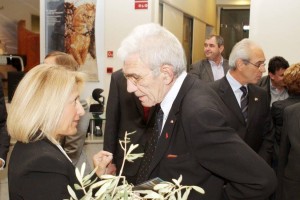 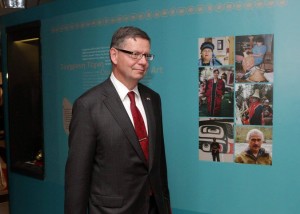 Vicky Kalogera, won the 2016 Hans A. Bethe Prize from the American Physics Society

Meeting of the Ambassador of Ukraine, Vladimir Skourof, with the Minister of Defence, Panos Kammenos