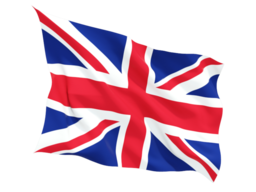 Diplomatic relations between Greece and the UK go back to the very founding of the Greek state and date to 1834. Greece currently maintains an Embassy in London as well as six Honorary Consulates (Belfast, Birmingham, Edinburgh, Gibraltar, Glasgow, Leeds) throughout the UK. The UK maintains an Embassy (with a consular section) in Athens, as well as several consular missions throughout Greece.

Relations between the two countries have a major historical dimension, from the Greek struggle for independence to the two World Wars and recent Greek history. Today, the two countries collaborate closely within the framework of the European Union an NATO and across the range of their bilateral relations, with frequent exchanges of high-level visits, as well as consultations on the Ministerial level.
However, the issue of the return of the Parthenon Marbles, which are in the British Museum, remains pending, despite the shift in British public opinion in favour of Greece’s positions and the ongoing efforts of the Greek side.

There are between 40 and 45 thousand Greeks residing permanently in the UK, and the Greek Orthodox Church has a strong presence in the Archdiocese of Thyateira and Great Britain. The British cultural presence in Greece is promoted mainly through the British Council.
There is a significant Greek presence of Greek students in tertiary education in the UK. A large Cypriot community – numbering 250-300 thousand – rallies round the National Federation of Cypriots in Great Britain and the Association of Greek Orthodox Communities of Great Britain. There are some 20 Greek cultural, philanthropic and professional organizations.
There are seven chairs of Greek and Byzantine studies at the universities of Cambridge, Oxford, East Anglia, Royal Holloway, Birmingham, King’s College and the London School of Economics, and two Greek Studies Centres, at the universities of Bristol and Reading.
The Greek shipping presence remains significant in the economic life of the United Kingdom. Despite the trend towards moving shipping offices to Piraeus in recent years, there are currently some 75 to 80 Greek shipping offices in London (in the past there were over 150).

John was appointed British Ambassador to Greece in January 2013. He has a broad range of experience across government having worked previously in the Department for Environment, Food & Rural Affairs (DEFRA), the Cabinet Office, the Department for Education & Employment (DfEE), as well as the Foreign Office (FCO).

Embassy of the United Kingdom in Greece

Consulate of the United Kingdom in Greece