DARMASISWA is a one year non degree scholarship program offered to all foreign students from countries which have diplomatic relationship with Indonesia to study Indonesian language, arts, music and crafts. Participants may choose one of 54 different universities located in myriad cities in Indonesia. This program is organized by the Ministry of Education and Culture (MoEC) in cooperation with the Ministry of Foreign Affairs (MoFA).

The main purpose of the DARMASISWA program is to promote and increase the interest in the language and culture of Indonesia among the youth of other countries. It has also been designed to provide stronger cultural links and understanding among participating countries. This program is also developed to support World Class University (WCU) and intercollegiate cooperation.

The student is advised to bring enough money in US dollar for unexpected additional expenses in Indnesia. 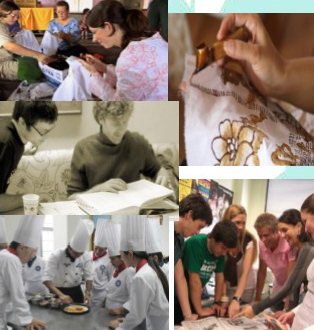 IV. Qualification of Applicants
Each student has to fulfill these requirements as the following:
a. Student
b. Completed secondary education or its equivalent
c. Not older than 30 years of age
d. Unmarried
e. In good health as proved by Medical Certificate
f. Able to communicate in English or Bahasa Indonesia is required

V. Have basic knowledge of the field you’re applying for is an advantage

VI. Procedures
The applicant should register through the following procedures:
Prospective students are required to register at the Embassy / Consulate General in the country of origin of students, and for students who are not in the student’s home country is not allowed to be registered through the Indonesian Embassy/Consulate General in the participating countries (non-citizenship).

VIII. International Airfare Ticket
The Ministry of Education and Culture does not provide the return International airfare to Indonesia.

IX. Health Insurance
The Ministry of Education and Culture (MoEC) will not provide health insurance; therefore the students are expected to have the International insurance.

For those interested, please find attached the necessary documents:

EU to invest €1 billion in regions along its external borders