The Club of Economic and Commercial Diplomats in Greece (ECDC) met with Minister of Economy, Growth and Tourism, Mr. Giorgos Stathakis, in Athens.

After an introduction by the Minister, the ECDC members had a constructive discussion with Mr. Stathakis about Greece on upcoming topics for 2016 such as the new investment law and the growth model.

The ECDC includes around forty members from countries from all over the world and aims at maintaining and strengthening bilateral economic and commercial relations between Greece.

The Netherlands Embassy was represented by Mr. Alexis Kontozamanis and Ms. Siwarde J. Sap, acting chair of the ECDC. 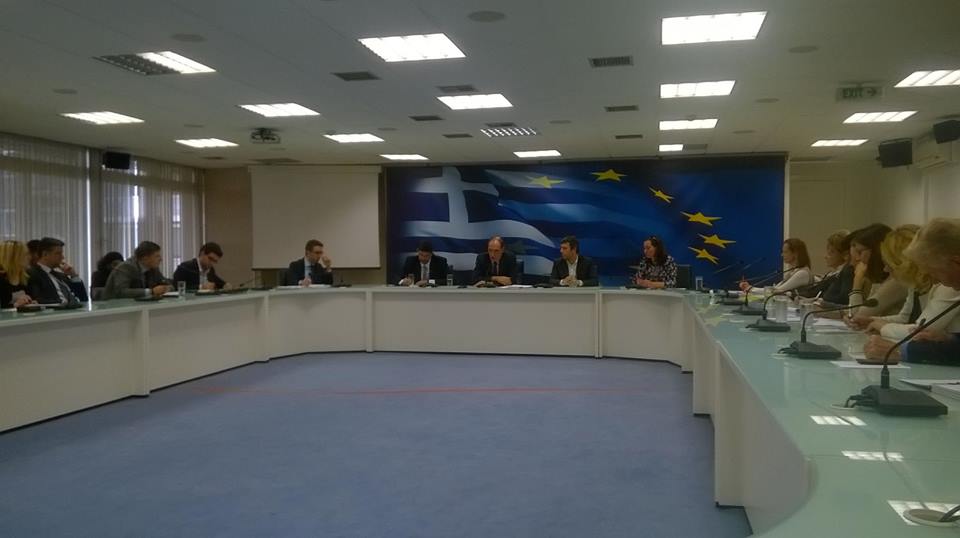