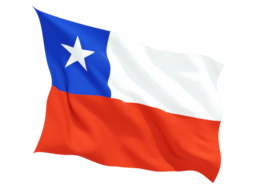 The bitter experience of dictatorship endured in swift succession first by Greece and subsequently by Chile  brought the two peoples closer to one another, inter alia through the poems of Pablo Neruda, which were set to music by Mikis Theodorakis. Now, despite the great geographical distance separating Greece from Chile, the two countries maintain strong ties based on their commonly shared values and principles, a fact that is reflected in their similar views on important international issues.

On a multilateral level, there is considerable cooperation between the two countries within various international organisations, especially the United Nations, also through mutual support for each other’s candidacies. .

There is a very energetic, albeit small Greek community in Chile, numbering some 1,500 people. Despite the great distance separating them from their homeland, the Greeks of Chile maintain their emotional ties with Greece and participate actively in the local community. The Greek community is organised in eight associations each for a particular city, and in 2006 the Federation of Greek Communities in Chile was set up. Chile is under the remit of the Greek Orthodox Metropolitanate of South America, seated in Buenos Aires.