I.R.T.E.A. (Institute of Research & Training on European Affairs) was created by a group of young scientists in 2010 and aims at becoming a strong innovative think tank in Greece and the European Continent, by bridging the gap between the academic knowledge and the business world, politics and society, while fostering knowledge, structured dialogue, innovation and civic participation with youth as key driver. 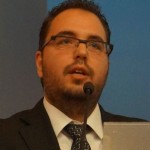 The CEO and Co-Founder of I.R.T.E.A., George Antonakakis, talked to thediplomat.gr and to journalist Chara Pagkalou, focusing on I.R.T.E.A. ‘s mission and projects, presenting EUropa.S 2016 and analyzing young Greeks’ approach to European Affairs.

• Which are I.R.T.E.A. ‘s (Institute of Research & Training on European Affairs) mission and main projects?

I.R.T.E.A. (Institute of Research & Training on European Affairs) focuses on the following goals:

– Awareness rising to the Greek and European citizens and youth, to fully understand the EU legislative procedures and policies, fostering knowledge and promoting structured dialogue.
– Production and dissemination of scientific knowledge, under the principles and values of ethical, innovative and quality research with the ultimate goal of policy making, in the fields of Environment, Economy and Growth, in order to realize a sustainable society
– Emphasize on youth empowerment, investment, advocating, and support. Implementation of all needed actions, including education and training, aiming at developing – enriching skills and competences, making youth even more qualified and competitive so as to meet labor market needs
– Bridge the gap among the academic, social and business world in Europe
– Promote entrepreneurship, smart innovation and specialization for new scientists, entrepreneurs and employees though concrete educational and training actions
– Stress the importance of democratic values promotion, respect of the Fundamental Rights, equality and non-discrimination in EU and national level, while fostering participatory democracy, cultural diversity understanding and multilingualism

I.R.T.E.A.’ Advantages:
1. Immediacy with the European youth community
2. Strong innovative educational and training activity, in the field of non-formal and informal education
3. Close cooperation with the labor market and the centers of decision-making
4. Excellence driven actions implementation

Under these objectives and aiming at implementing its vision, I.RT.E.A. focuses on:
– fostering civic engagement
– strengthening youth participation
– bringing EU officials and legislative procedure closer to its basic stakeholders, EU citizens
– organizing and implementing awareness rising and informational campaigns in light of its goals
– producting and disseminating policy papers for youth and created by youth
– promoting structured and open dialogue between the civil society and EU officials

Driven by its goals and objectives, I.R.T.E.A. will actively participate as a policy maker in every possible level of EU decision making, advocating and promoting youth policies and policies for EU citizens, fostering its expertise and maximizing the impact of its actions on the European Union values serving.

• One of I.R.T.E.A.’s projects is the organisation of EUropa.S 2016 – an EU Simulation. How does EUropa.S function and who can participate? 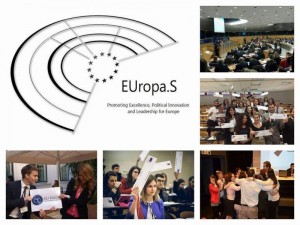 The Institute of Research & Training on European Affairs (I.R.T.E.A.) organizes the biggest EU Simulation in Balkans for its 7th consecutive successful year, EUropa.S. 2016 under the auspices of the Hellenic Ministry of Foreign Affairs and with the support of the Commissioner for Education, Culture, Youth and Sport, Mr. Tibor Navracsics. Moreover, EUropa.S. is supported by the European Parliament Office in Athens, the European Commission Representation in Greece, the School of Economics, Business and International Relations of the University of Piraeus, Panteion University of Athens, the Department of Political Science and International Relations of the University of Peloponnese, the French Institute in Athens, British Council in Athens as well as other public and private institutions.

EUropa.S. is organized by the Institute of Research & Training on European Affairs at the University of Piraeus facilities, supported by the European Parliament’s office in Greece as well as the European Commission’s Representation in Greece, in cooperation with the French Institute in Athens.

Our mission is to:
1. To provide specialized training in the Institutions and Bodies of the European Union & to contribute to the better understanding of EU’s organization, policies and procedures
2. To stimulate the interest of young Europeans on matters related with the EU
3. To act as a forum of productive dialogue on the future of EU
Our vision is to bridge the gap between the academic knowledge and professional practice in EU-related matters. Thus, EUropa.S. aims to promote the dissemination of knowledge and provide hands-on experience on EU institutions.
We aim to empower the European youth, through providing transferable life and work skills.
EUropa.S. will be held this year from 22nd to 25th of April, 2016 at the premises of the University of Piraeus and the French Institute in Athens.

EUropa.S. is a unique Simulation, functioning the main pillars of European Institutions. EUropa.S. is carried out in a high academic level in Greece, with a wide resonance in the academic community, in both undergraduate and postgraduate level. The contribution of the Scientific Supervisors Team is extremely important, as they validate the academic excellence of the simulation.
It is a “role play” game that identifiably simulates the procedures and functions of the European Parliament, the European Council, the Council of EU, the European Commission and the European Court of Justice. The participants in the simulation are able to take the position of a MEP, Head of State or Government, EU Finance Minister, European Commissioner, Judge or Advocate, Member of the Crisis Group, Journalist, Translator or staff member for the days of the conference. The aim of the participants is to reach a decision through a continuous negotiation process, with the ultimate aim of promoting the development of European integration. EUropa.S.’ “Family” has gathered in its six years of presence more than 1,900 participating students. At the same time, it rewards the best participants to encourage their academic progress and development.

By the end of EUropa.S. 2016, participants will have the opportunity to specialize and gain valuable experience negotiating in an environment of competing interests, while gaining an insight to the European institutions inner-workings, through their active participation in the whole process of the simulation.

For any clarification or further information, please contact the Institute of Research & Training on European Affairs and the Secretariat team of the conference, at the e-mail: europas.irtea@gmail.com and tel: (+30) 2130250217.

• Do you consider that young Greeks are interested in European affairs? Do they feel close to the EU institutions? Are they aware of European institutions’ function, composition and responsibilities?

Through simulations in Schools and Universities we observe that young Greeks are interested in European issues, but unfortunately do not know many things about them. Just because they do not know the opportunities and possibilities that the EU offers, they do not feel particularly close to EU institutions and therefore no European identity develops.
The reason for creating the simulation EUropa.S. is to familiarize young people with the European institutions. We try to create European citizens and leaders of tomorrow.

Circular economy: New Regulation to boost the use of organic and waste-based fertilisers

Foreign Ministry announcement on the vandalization of the Monastery of St. John the Baptist and Forerunner, in the West Bank