The Republic of Cabo Verde inaugurated a consulate general in the city of Dakhla today, confirming its strong support for the Kingdom’s sovereignty over all its territory and as part of the continued strengthening of the strategic relations between both countries.The inauguration ceremony of this Consulate General was chaired by the Cape Verdean Minister of Foreign Affairs, Cooperation and Regional Integration, Rui Alberto De Figueiredo Soares, and his Moroccan counterpart, Nasser Bourita. 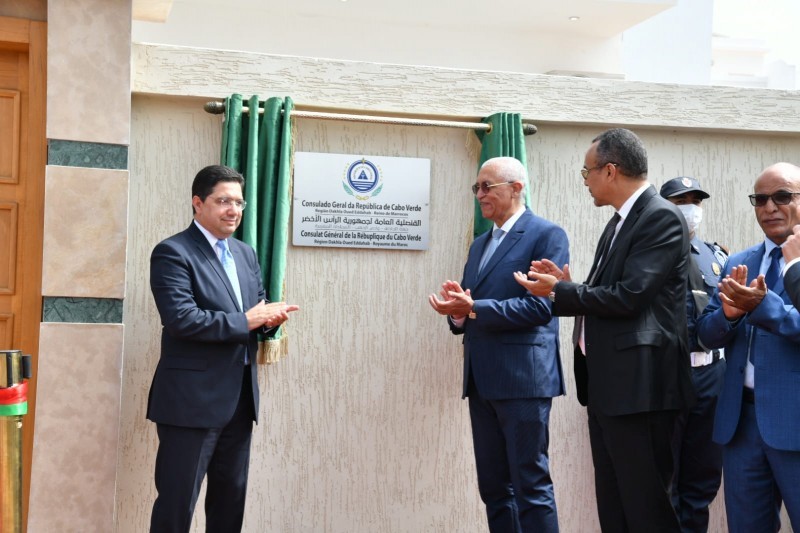 In addition to the consulate, Cape Verde also opened an embassy in Rabat on Tuesday.
In a joint communique following a previous meeting with Bourita in June, Soares renewed his country’s support for Morocco’s Autonomy Plan as the most credible and realistic basis to end the Sahara dispute.
With the new opening, Dakhla now hosts 15 consulates general of countries that have sealed their support for Morocco’s territorial integrity.
Laayoune hosts 12 consulates, meaning 27 countries have so far opened diplomatic representations in the southern provinces in an ultimate show of support to Morocco’s sovereignty over the region.
The West African country’s decision to open a consulate in Dakhla reflects its position in support of Morocco’s Autonomy Plan and sovereignty over the Western Sahara region.

Diplomatic crisis between Tunisia and Morocco