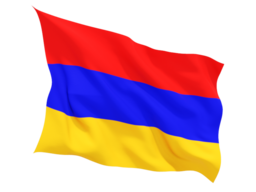 Greece was one of the first countries to recognise Armenia upon independence (21/9/1991). There is a Greek Embassy in Yerevan (since 1993) and an Armenian Embassy in Athens.

Relations between Greece and Armenia are very strong both emotionally and historically, due to the co-existence of Greeks and Armenians during the Byzantine period and under the Ottoman Empire. Greece is one of the countries that officially recognize the Genocide of the Armenians by the Ottomans in 1915. Our country grants development and humanitarian assistance to Armenia and has supported Armenia’s rapprochement with European institutions. Since Armenia’s declaration of independence, the two countries have cooperated within the framework of International Organizations (United Nations, OSCE, Council of Europe, BSEC), while Greece firmly supports the further development EU-Armenian relations.

The Speaker of the Hellenic Parliament visited Armenia on 22-24 April 2015, within the framework of the events marking the Armenian Genocide.

The President of the Hellenic Republic carried out a state visit to Armenia from 29 September to 1 October 2014, heading a ministerial delegation.

Due to the Greece’s long-standing cultural influence (up until the 5th century A.D., the Armenians were using the Greek alphabet), Armenian interest in Greek culture is strong. Today, the Greek community of Armenia numbers a few thousand people. The dwindling number of Greeks in Armenia of recent years is mainly due to mass migration to Greece and former Soviet Republics.

The Greek language is being taught as a second foreign language at the University of Yerevan, at the BrassovLinguistic University , the Theological School and Military Academy.