In the continuity of the institutional policy of communication and culture of openness, the Directorate General of National Security (DGSN) has published its annual report of security affairs in Morocco in 2022. 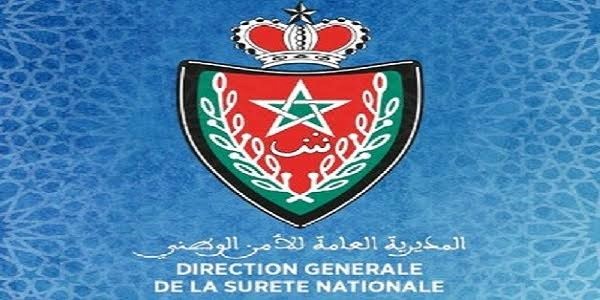 Fighting against crime and reinforcing security: the report detailed how the police department has started implementing the periodic program of the 2022-2026 Security Strategy, which focuses on strengthening crime fighting structures, developing scientific and technical police’s laboratories and systematically using mechanisms of criminal investigation and technical support in different investigations.

Hence, this strategy aims to enshrine the dimension of human rights in the police function, including the procedures of custody and surveillance in places of detention, in addition to the consolidation of coordination and cooperation with the services of the Directorate General of Territorial Surveillance (DGST) on very complex cases.

The report, which gives detailed data on the number of criminal cases recorded in Morocco and the rate of their resolution, the results of the struggle against drug trafficking as well as the struggle against illegal migration, also focused on the department efforts in the fight against terrorism, extremism and apology for terrorist acts, indicating that the BNPJ has referred 20 individuals to the prosecutor’s office, recording a decline of 23% compared to the previous year, not counting the terrorist cells dismantled by the Central Bureau of Judicial Investigation (BCIJ) under the DGST.

In the context of international cooperation, the year 2022 was marked by the conclusion of numerous agreements and partnerships with police institutions in foreign countries: the United States, particularly in terms of exchange of expertise, technical assistance and advanced training in various security fields, and also the Netherlands Police, the Kingdom of Spain, the Islamic Republic of Mauritania and the police of Abu Dhabi (United Arab Emirates), among others.

Within the framework of the promotion of modern science in the service of justice and the crowning of the preservation of the quality certification (ISO / IEC 17025) by the national laboratory of the scientific and technical police under the DGSN for the 5th year, the General Directorate of National Security has continued to invest in the development of structures and mechanisms of the scientific and technical police, which allowed it to contribute to the consolidation of the fair trial based on scientific evidence, and to reach
record levels in the rate of repression by helping to solve complex crimes, while providing great support to officers and agents of judicial police at the level of processing evidence at crime scenes or during criminal investigations.

Communication as a mechanism for opening up and strengthening community policing: by organizing fairs to put policemen/women in direct with citizens. In addition, using social media (Facebook and Twitter) to interact more with youth.

Management of the professional life of police officers: via recruiting and training.

Future projects for the year 2023: mainly in terms of developing infrastructures.

Brexual healing? EU and Britain dream of a fresh start in 2023