Some EU officials are adamant the Qatar corruption probe concerns ‘a few individuals.’ Others say the rot goes much deeper. 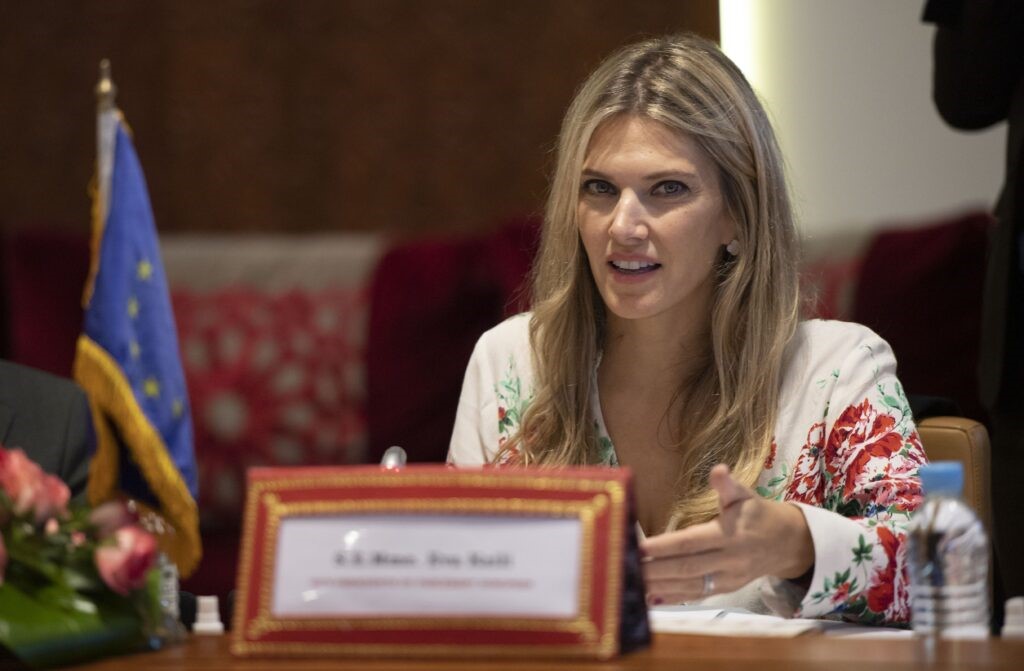 As Belgian police launched a second wave of raids on the European Parliament, a stunned Brussels elite has started to grapple with an uncomfortable question at the heart of the Qatar bribery investigation: Just how deep does the rot go?

After the initial shock of those arrests wore off, several Parliament officials told POLITICO they believed the allegations would be limited to a “few individuals” who had gone astray by allegedly accepting hundreds of thousands of euros in cash from Qatari interests.

But that theory was starting to unravel by Monday evening, as Belgian police carried out another series of raids on Parliament offices just as lawmakers were gathering in Strasbourg, one of European Parliament’s two sites, for their first meeting after news of the arrests broke on Friday.

With 19 residences and offices searched — in addition to Parliament — six people arrested and sums of at least around €1 million recovered, some EU officials and activists said they believed more names would be drawn into the widening dragnet — and that the Qatar bribery scandal was symptomatic of a much deeper and more widespread problem with corruption not just in the European Parliament, but across all the EU institutions.

In Parliament, lax oversight of members’ financial activities and the fact that states were able to contact them without ever logging the encounters in a public register amounts to a recipe for corruption, these critics argued.

Beyond the Parliament, they pointed to the revolving door of senior officials who head off to serve private interests after a stint at the European Commission or Council as proof that tougher oversight of institutions is in order. Others invoked the legacy of the Jacques Santer Commission — which resigned en masse in 1998 — as proof that no EU institution is immune from illegal influence.

“The courts will determine who is guilty, but what’s certain is that it’s not just Qatar, and it’s not just the individuals who have been named who are involved” in foreign influence operations, Raphaël Glucksmann, a French lawmaker from the Socialists and Democrats, who heads a committee against foreign interference in Parliament, told POLITICO in Strasbourg.

Michiel van Hulten, a former lawmaker who now heads Transparency International’s EU office, said that while egregious cases of corruption involving bags of cash were rare, “it’s quite likely that there are names in this scandal that we haven’t heard from yet. There is undue influence on a scale we haven’t seen so far. It doesn’t need to involve bags of cash. It can involve trips to far-flung destinations paid for by foreign organizations — and in that sense there is a more widespread problem.”

Adding to the problem was the fact that Parliament has no built-in protections for internal whistleblowers, despite having voted in favor of such protections for EU citizens, he added. Back in 1998, it was a whistleblower denouncing mismanagement in the Santer Commission who precipitated a mass resignation of the EU executive.

Glucksmann also called for “extremely profound reforms” to a system that allows lawmakers to hold more than one job, leaves oversight of personal finances up to a self-regulating committee staffed by lawmakers, and gives state actors access to lawmakers without having to register their encounters publicly.

“If Parliament wants to get out of this, we’ll have to hit hard and undertake extremely profound reforms,” added Glucksmann, who previously named Russia, Georgia and Azerbaijan as countries that have sought to influence political decisions in the Parliament.

To start addressing the problem, Glucksmann called for an ad hoc investigative committee to be set up in Parliament, while other left-wing and Greens lawmakers have urged reforms including naming an anti-corruption vice president to replace Kaili, who was expelled from the S&D group late Monday, and setting up an ethics committee overseeing all EU institutions.

Glass half-full
Others, however, were less convinced that the corruption probe would turn up new names, or that the facts unveiled last Friday spoke to any wider problem in the EU. Asked about the extent of the bribery scandal, one senior Parliament official who asked not to be named in order to discuss confidential deliberations said: “As serious as this is, it’s a matter of individuals, of a few people who made very bad decisions. The investigation and arrests show that our systems and procedures have worked.”

Valérie Hayer, a French lawmaker with the centrist Renew group, struck a similar note, saying that while she was deeply concerned about a “risk for our democracy” linked to foreign interference, she did not believe that the scandal pointed to “generalized corruption” in the EU. “Unfortunately, there are bad apples,” she said.

European Commission President Ursula von der Leyen, who’s under fire over her handling of COVID-19 vaccination deals with Pfizer, declined to answer questions about her Vice President Margaritis Schinas’ relations with Qatar at a press briefing, triggering fury from the Brussels press corps.

The Greek commissioner represented the EU at the opening ceremony of the World Cup last month, and has been criticized by MEPs over his tweets in recent months, lavishing praise on Qatar’s labor reforms.

Asked about the Commission’s response to the Qatar corruption scandal engulfing the European Parliament, and in particular the stance of Schinas, von der Leyen was silent on the Greek commissioner.

Von der Leyen did, however, appear to lend support to the creation of an independent ethics body that could investigate wrongdoing across all EU bodies.

“These rules [on lobbying by state actors] are the same in all three EU institutions,” said the senior Parliament official, referring to the European Commission, Parliament and the European Council, the roundtable of EU governments.

The split over how to address corruption shows how even in the face of what appears to be an egregious example of corruption, members of the Brussels system — comprised of thousands of well-paid bureaucrats and elected officials, many of whom enjoy legal immunity as part of their jobs — seeks to shield itself against scrutiny that could threaten revenue or derail careers.