Türkiye “neutralized” 14 PKK/YPG terrorists within and beyond the country’s borders, sources and officials said on Sunday.

In two separate drone strikes carried out by the National Intelligence Organization (MIT) in northern Syria, at least five terrorists, including senior operative Mehmet Gurbuz who was wanted with a red notice, were “neutralized,” said the sources, requesting anonymity due to restrictions on speaking to the media. 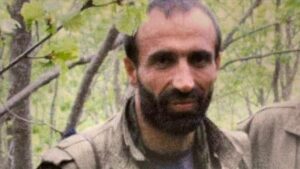 In another successful operation, two of the three terrorists cornered by police special forces were neutralized in the Yuksekova district of Türkiye’s Hakkari province, Interior Minister Suleyman Soylu tweeted.

Another one, who was trying to escape from the scene, was held, he added.

Meanwhile, the National Defense Ministry said in a statement that seven more terrorists were “neutralized” in operations Claw-Lock and Claw-Tiger zones in northern Iraq.

Turkish authorities use the term “neutralize” to imply the terrorists in question surrendered or were killed or wounded.

It was initiated after Operations Claw-Tiger and Claw-Eagle to root out terrorists hiding in northern Iraq and plotting cross-border attacks in Türkiye.

In its more than 35-year terror campaign against Türkiye, the PKK – listed as a terrorist organization by Türkiye, the US and EU – has been responsible for the deaths of over 40,000 people, including women, children and infants. The YPG is PKK’s Syrian offshoot.