The Foreign Secretary of the UK, Philip Hammond, visits Athens on 14th January before travelling to Turkey.

The visit to Greece marks the final capital on the Foreign Secretary’s tour of all 27 other European Union Member States, where he will hold talks with Greek Foreign Minister Nikos Kotzias on EU reform and Cyprus.

Ahead of the arriving in Athens, the Foreign Secretary, , said:

Britain and Greece have a number of issues of mutual interest including EU reform, Cyprus and migration into Greece – on which the UK is supporting Greece in meeting the challenges it faces on irregular migration.

The UK is a strong supporter of a Cyprus settlement and the ongoing UN-led talks. Having visited both sides of the divide in Cyprus to offer Britain’s support in finding a solution, the visits to Athens and Ankara are an opportunity to discuss with the other guarantor powers, what further steps we need to take to deliver the goal of a re-unified island.

The Foreign Secretary will then travel to Ankara for discussions with President Erdogan, Prime Minister Davutoglu and Foreign Minister Cavusoglu on counter-terrorism and the upcoming London Syria Conference which takes place on 4 February. Mr Hammond will address Turkey’s annual ambassadors’ conference and discuss the continued threat from terrorism, following the attack in Istanbul on 12 January.

On Friday, the Foreign Secretary will travel to a refugee camp near the Turkey-Syria border. He will see one of a number of camps that benefit from £5m of UK funding for food programmes in Turkey.

The Foreign Secretary will also visit a Syria Civil Defence (White Helmets) training centre to meet members of the most successful and high-profile rescue organisation operating in opposition-controlled areas of Syria. The UK has led the provision of international support to the White Helmets, contributing £20m over the past two and a half years.

Turkey, a NATO ally, is a vital friend of the UK and critical partner in tackling Islamist extremism, as we have seen so tragically in Istanbul this week. I applaud Turkey’s generosity in hosting over 2.5 million Syrian refugees. Britain will be stepping up its cooperation with Turkey in countering the scourge of Daesh and our efforts to deliver vital humanitarian and other support, inside Syria including to besieged towns.

We will be discussing how we can work even more closely together in tackling the flow of foreign fighters and funding to Daesh; and how we can best support people displaced by the fighting in Syria – including through the London Syria Conference in February. 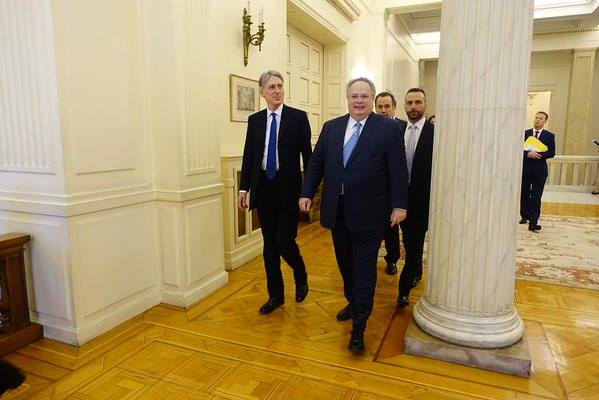 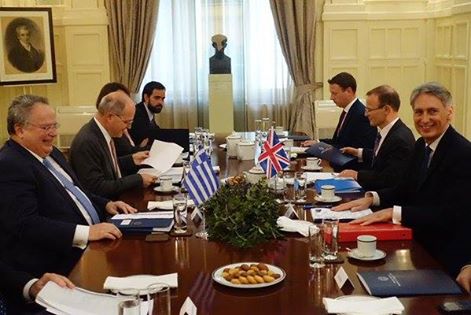 Israel says Swedish foreign minister is ‘not welcome’ in country