England is the most expensive place to study at undergraduate level, according to research from the OECD.

In the new Education at a Glance 2015 report, the OECD outlines the nations where students studying at universities in their home countries pay the highest tuition fees. The following chart shows the average tuition fees charged to full-time national students in 2013-2014, in US dollars PPP. 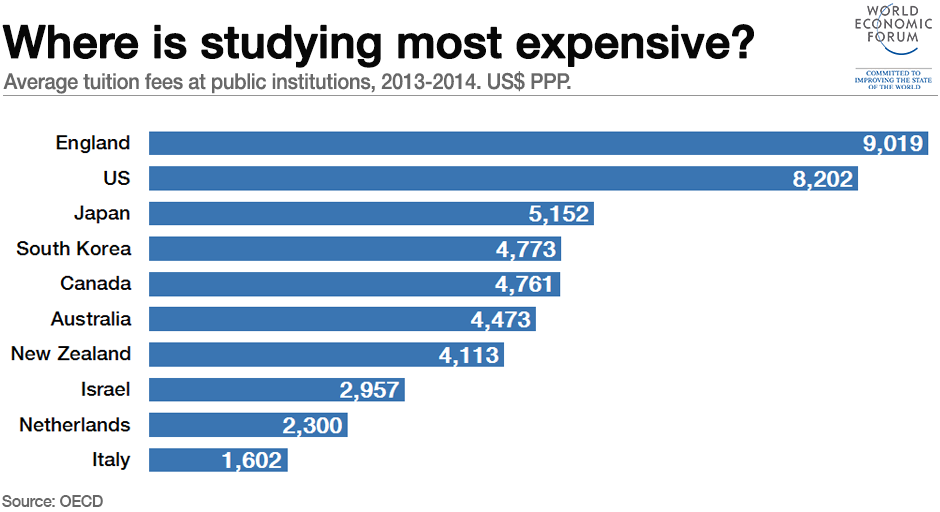 The top 10 has a global feel, with Canada, South Korea and Israel all featuring alongside southern hemisphere neighbours Australia and New Zealand and EU members the Netherlands and Italy.

In contrast several nations charge no tuition fees, including Denmark, Estonia and Slovenia.

The OECD highlights that while the data broadly refers to public institutions, in England the institutions are not public, but rather government-dependent private institutions.

Ambassador of Ukraine, Volodymyr Shkurov, had a working meeting with the President of “Channel 3 TV”, Mr. Nikos Samaras